Syringomyelia also known as hydromyelia is a rare neurological disorder where the person develops a fluid-filled cavity called syrinx in the spinal cord. This syrinx is usually formed in the neck region. It often enlarges and distends over time, damaging the nerve fibers that supply to different parts of the body, thereby causing a variety of symptoms. 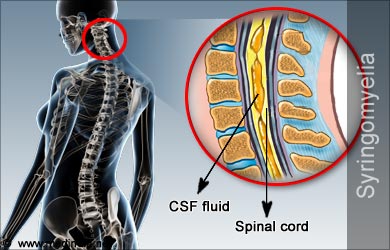 Affected individuals may experience muscle stiffness and weakness, and pain. The patient may lose the ability to distinguish between hot and cold objects. These signs and symptoms may develop slowly and may vary from person-to-person. The progression of symptoms depends on the location of the syrinx in the spine and how much it expands over the time. It is absolutely necessary to treat the condition promptly in order to avoid serious neurological problems.

Syringomyelia is a rare disorder that is more common in men than women. Symptoms usually appear at the ages of 20-30 years.

What are the Causes of Syringomyelia?

The exact cause of syringomyelia is unclear; however it is believed to be caused due to the obstruction in the cerebrospinal fluid (CSF) flow. 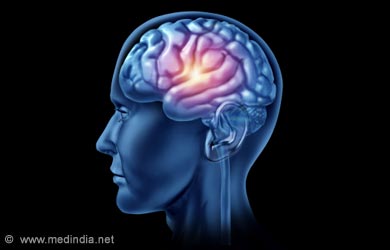 Any obstruction that blocks the free flow of CSF results in accumulation of fluid just above the obstruction. This results in distention of the spinal cord, which later presses on the nerves and causes symptoms of syringomyelia.

Syringomyelia can be present from birth or arise later. Based on the time of origin, it is classified into two groups: 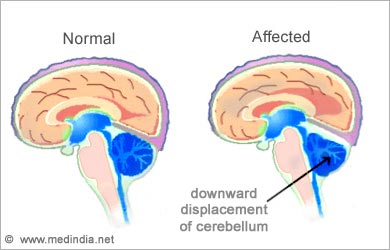 Conditions that are sometimes associated with syringomyelia are:

What are the Symptoms of Syringomyelia?

Affected individuals develop symptoms slowly over the time. Syringomyelia associated with Chiari malformation may begin to show up with symptoms during teen years or early adulthood. In case of tumors or trauma, the symptoms may be triggered during coughing or straining activities.

The symptoms vary from patient to patient based on the location and the extent of nerves affected by the syrinx in the spinal cord. Symptoms include: 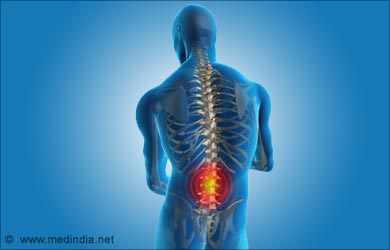 How can we Diagnose Syringomyelia?

Diagnosis is based on: 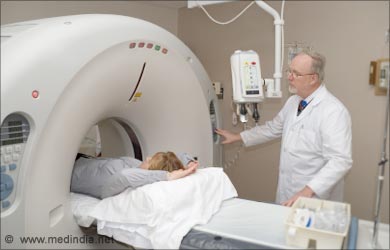 How can Syringomyelia be Treated?

Syringomyelia interferes with daily activities. The main aim of treatment is to restore the normal flow of cerebrospinal fluid and to avoid neurological problems. In most of the cases of syringomyelia, surgery is found to be viable procedure.

Surgery for Syringomyelia is used:

The patient needs follow-up care as syringomyelia may recur. Hence, periodic check-up and examinations are necessary. Painkillers may be used to treat mild pain. Physical therapy may be advised in some cases. 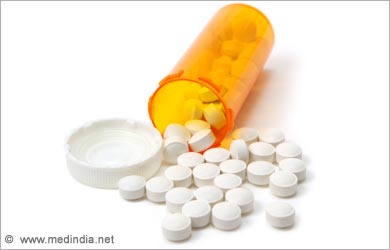 Care is necessary to avoid activities that cause strain in the spinal cord and worsen the symptoms.

Latest Publications and Research on Syringomyelia

Understanding of Brain Receptor may Help Fight Neurological Disorders
The pharmaceutical industry has tried for several years to develop drugs that target a specific neurotransmitter receptor in the brain, the NMDA receptor.

Charcot Foot
Charcot foot is a condition commonly affecting diabetes patients leading to destruction of bones of the feet and bony deformities.