A woman goes through different phases in her life. The phasic changes in hormones, body temperature, mood, and emotional state during puberty, the menstrual cycle, pregnancy, and menopause have profound effects on sleep quality, daytime functioning, and well-being in adolescent girls and adult women. It generally has been assumed that sleep prior to puberty is similar in girls and boys, and that sex differences first emerge during this developmental transition.

Sleep maybe affected during different phases which are exclusive to women.

Pregnancy: Hormonal changes and physical discomfort are common during pregnancy and both can affect sleep. All pregnant women will experience some degree of disturbed sleep by the third trimester.

Social Factors: In addition to perimenopausal and menopausal effects on sleep, surveys show that more than 80% of working women report fatigue and exhaustion, and half of them get inadequate sleep.

Sleep complaints are twice as prevalent in women in comparison to men; however 75% of sleep research has been conducted in men. Generally sex differences with relation to sleep and sleep disorders remain unappreciated. There is a need to study sex differences in sleep to fully understand the role that sleep plays in normal development, maturation, adaptation, aging, and disease propensity.

Latest Publications and Research on Sleep Disturbances In Women 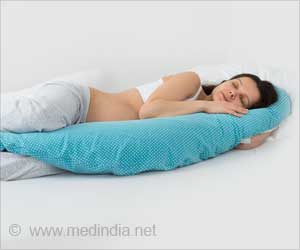 Drugs for Sleep Disturbances In Women