Individuals suffering from may portray initial symptoms between the age of 10 and 25, though in certain cases it could show up even before the age of 10. Victims experience symptoms in varying degrees, although for most it remains a chronic condition.

The inability to control the sleep cycle results in the following in the affected person:

Experiencing some aspects of sleep that normally occur only during REM sleep, such as sudden lack of muscle tone, . Vivid dreams occur at odd times during sleep in people with narcolepsy.

The important signs and symptoms of narcolepsy include:

The most common major symptom of narcolepsy is Excessive Daytime Sleepiness (EDS). The person experiences an overwhelming drowsiness and an uncontrollable need to sleep during the day. Sleep attacks often occur at inappropriate times such as while driving or during a meeting. Victims could experience bouts of sleep lasting anywhere from 15 minutes to one hour after which they wakes up feeling fresh and energized. This feeling may last an hour or two after which the person may feel the urge to go back to sleep again. This cycle of frequent sleep and wake up stages is typical of narcolepsy victims.

Some victims may not actually sleep, yet are constantly fighting day time sleepiness. Individuals with narcolepsy are plagued by untimely urges to fall asleep and grow tired with their ceaseless efforts to stay awake, which greatly affects their quality of life. sleep, for them, can occur anywhere, while driving,for instance or during a meeting.

Cataplexy is a sudden loss of muscle tone that leads to a feeling of weakness and a loss of voluntary muscle control. The loss of muscle tone can vary from being mild , such as gentle drooping of the eyelids, to a complete loss of tone in all voluntary muscles, leading to total physical collapse in which the patients are unable to move, speak, or keep their eyes open.

Cataplexy patients are conscious even during the most severe experiences and this is an important difference between cataplexy and seizure disorders. Yet, cataplexy descends without notice; most often the triggers are sudden emotions , such as fear, anger, stress, excitement or even laughter, which is the most common of triggers. Cataplexy occurs in 70 percent of all narcoleptic patients.

Sleep paralysis is the inability to move immediately before falling asleep or upon awakening. These episodes are usually brief and last only for a few seconds to several minutes, but they can be frightening. The patient is usually aware of the condition and has no difficulty recalling it.

Sleep paralysis mimics the type of temporary paralysis that normally occurs during rapid eye movement (REM) sleep, Not everyone with sleep paralysis has narcolepsy. Even normal people may experience a few attacks of sleep paralysis, especially when young.

An estimated 5 percent of narcolepsy patients suffer from . They are brief and last only for a few minutes. These hallucinations are called:

Some patients are restless at night while some portray occasional automatic behavior during the night.

During episodes of automatic behavior, the person continues to function during sleep episodes - e.g. talking and putting things away; but he wakes up with no memory of performing such activities. In some cases, victims gesticulate widely, or indulge in kicking or screaming while dreaming. 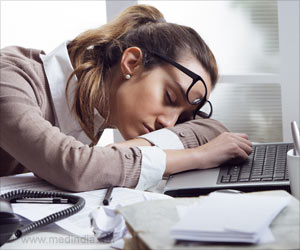