"A light supper, a good night's sleep and a fine morning have often made a hero out of the same man, who, by indigestion, a restless night and a rainy morning would have proved a coward."

Periodic limb movement disorder (PLMD), as the name implies, is a sleep disorder in which there are abnormal movements such as repetitive cramping or jerking of the legs, that commonly occurs during sleep. It is also referred to as periodic leg movement disorder, as they occur most often in the lower legs. These movements are repetitive and rhythmic and occur every 20-40 seconds, hence the term 'periodic' is used to describe them.

Periodic limb movement was for the first time described in the 1950s, and, by the seventies this disorder was listed as a potential cause of insomnia. Periodic limb movement symptoms are only considered a disorder when the movements disrupt sleep which paves the way for daytime sleepiness. Recently, it has been found that these movements are also often linked to subtle breathing problems.

These movements involve the tightening or flexing of a muscle and occur most often in the lower legs .They do not result from a change in body position, stretching a muscle, or a cramp. They may occur at two different times:

PLMS are much more common. When they occur often through the night, they can disrupt sleep many times. The degree to which these movements occur may vary from one night to another.. When these movements are very severe, then they may occur while the person is awake (PLMW).

This disorder has made its way into popular culture, being referred to as "jimmy legs" and "jimmy arms" in an episode of Seinfeld, and has been known to cause couples to sleep in separate beds.

If my score was 124 and I could tell by the reaction of the doctor not a good thing, what does that number or range mean? 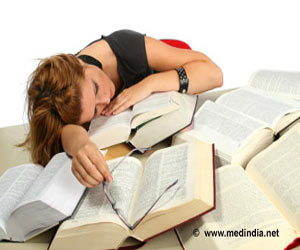