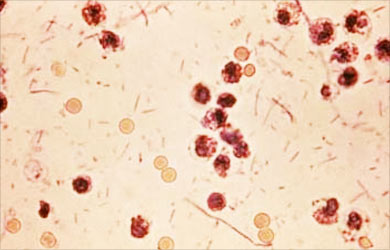 Cholera
Cholera is an infection of the small intestine and is caused by the bacterium Vibrio cholerae.

Waterborne Diseases
Waterborne diseases are communicable diseases caused by diseases causing microorganisms in contaminated water. It is more prevalent during floods and in tsunami affected areas.

Giardiasis
Giardiasis is an infection of the small intestine caused by a parasite called Giardia lamblia .

Test Your Knowledge on Shingles
Shingles is a viral infection that can appear even years after the virus has entered the body. The distribution of the rash is an important clue in the clinical diagnosis of the condition. Test your knowledge on shingles by taking this ...
Sign up for Wellness Consult a Doctor Sign up for Selfcare
Advertisement
Health Topics A - Z
A B C D E F G H I J K L M N O P Q R S T U V W X Y Z