What is Scalp Psoriasis?

Scalp psoriasis is a type of skin disorder that causes lesions on the scalp. Though several treatments are available, it cannot be completely cured and can recur after treatment.

Psoriasis is a common skin condition that causes well-demarcated lesions with sharp margins covered with scales. The lesions are circular, oval or have geographic shapes. The scalp is the most common part of the body that is affected by psoriasis. Psoriasis also affects several other parts of the body like elbows, knees, gluteal cleft, nails and joints.

What are the Causes of Scalp Psoriasis?

Our skin constantly produces new cells, and sheds off the top layer consisting of old cells. In psoriasis, more number of cells are produced than what are shed. This results in areas of thickened skin with a superficial scaly appearance.

Like other types of psoriasis, scalp psoriasis appears to be an autoimmune reaction that has a genetic basis. It often manifests in the presence of certain factors like emotional factors, pregnancy, stress and intake of certain drugs which include antimalarial drugs, lithium, NSAIDs and the blood pressure medications, beta blockers and ACE inhibitors.

What are the Symptoms and Signs of Scalp Psoriasis?

Scalp psoriasis can vary from mild to severe. It is characterized by the following:

How is Scalp Psoriasis Diagnosed?

Scalp psoriasis is diagnosed based on history and physical examination of the patient.

Sometimes, a skin biopsy may be done if there is doubt in the diagnosis.

How do you Treat Scalp Psoriasis?

Scalp psoriasis is treated with local or systemic medications. Combinations of various treatment are often used depending on the extent of the condition. Several of these drugs cannot be used in pregnant patients.

Local formulations like oils, lotion, solution, creams and shampoos are available to apply to the lesions. These should be used only as instructed by the prescribing doctor. These may contain:

Biological agents, which act on the inflammatory process of psoriasis. They are given in patients with moderate to severe psoriasis. Their cost-effectiveness and side effects should be considered. These include:

Ultraviolet light is sometimes used with some of the medications to treat psoriasis. However, it should be remembered that ultraviolet light can increase the chances of skin cancer. 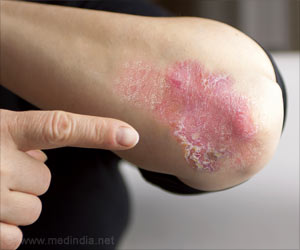 Some of the Best Home Remedies for Psoriasis
Psoriasis is a chronic skin disorder that can be treated with herbs, lifestyle changes and also home phototherapy.
READ MORE