Severe acute respiratory syndrome () is a viral respiratory disease. It is a serious form of pneumonia that causes severe breathing difficulty and sometimes death. 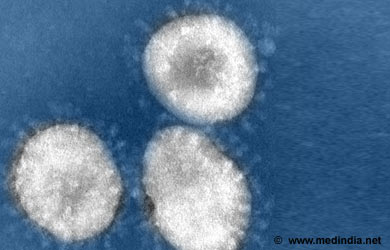 is caused by a coronavirus, called SARS-associated coronavirus (SARS-CoV). The virus was first detected in 2003.

The last infected human case was reported in 2004. However, SARS is not claimed to have been eradicated, as it may still be present in its natural host reservoirs (animal populations) and can return into the human population in the future.

Currently available diagnostic tests have some limitations. Many of the tests are unable to accurately diagnose SARS early, when treatment is most needed.

Treatment of SARS includes patient isolation and supportive therapy with the use antipyretics, supplemental oxygen, and ventilation support as needed. SARS is still a puzzle to scientists and poses challenges to the best of brains in search of viable treatment options. Several pieces of the puzzle are slowly falling into place, as the world awaits a treatment strategy to combat this condition.

The death rate from SARS is 9% to 12% of the total reported cases. The prognosis of SARS is poor in the elderly with the death rate being 50% in people aged above 65 years. Younger patients showed better recovery. In some patients, SARS results in severe long-term sequelae like pulmonary fibrosis, osteoporosis, and femoral necrosis. This leads to complete loss of ability to work or take care of self due to which some of the patients suffer from major depressive disorder.

Thanks to modern medicine we are no longer forced to endure prolonged pain, disease, discomfort and wealth.—Robert Orben

Latest Publications and Research on SARS

What are The Cause of SARS >>

Molecule With SARS Prevention Potential Created By Indian-Origin Scientist An Indian-origin researcher at Purdue University has developed a compound that can prevent the replication of the virus causing Severe Acute Respiratory Syndrome (SARS).