What are Sagging Breasts?

Sagging breasts are a very common problem and a natural consequence of aging. The medical term for this condition is Ptosis of the breast and the causes are still not clearly defined or understood.(1✔)

The severity of the ptosis is evaluated according to the position of the nipple with relation to the inframammary crease, which is the point where the underside of the breast is attached to the chest wall.

There are several factors that influence the development and degree of sagging breasts. Surprisingly, one of the key factors is cigarette smoking. There is a protein called elastin in our skin which is responsible for its elasticity; smoking breaks down this protein and decreases the elasticity of the skin which in turn causes sagging breasts. Pregnancy is another cause of sagging breasts and the effects are more pronounced after multiple pregnancies. It is not surprising that gravity would have an effect on breasts and this is most obvious in larger-breasted women. Significant weight gain and weight loss of 50 lbs. or more is also a key factor in ptosis of the breast. In addition to these causes, heredity is an influencing factor as it determines an individuals skin elasticity.

By her mid-30s, a womans breasts start to lose fatty tissue resulting in a reduction of size and fullness. One of the first symptoms of sagging breasts is a noticeable shift of the areola towards the lower portion of the breast. The ligaments and connective tissue in a womans breasts give shape to her breasts and require estrogen to remain elastic. As a woman ages, the amount of estrogen her body produces decreases and this has a negative effect on the elasticity of her skin and results in sagging breasts.

A general physician or a plastic surgeon will diagnose sagging breasts using a ptosis scale to grade the severity of the sagging by describing the nipple position with regard to the inframammary crease. The most common scale is the Regnault ptosis scale given below:(4✔)

We may not have control over some of the causes of sagging breasts such as heredity factors and aging but we do have control over other factors such as smoking and drastic weight gain. The first thing you need to do in order to prevent breast sagging is to give up smoking (if you smoke) and reduce your exposure to second-hand smoke. Avoid yo-yo dieting and fad diets as these will lead to massive fluctuations in your body weight. If you are overweight, go on a healthy weight-loss plan that includes a low calorie diet along with regular exercise. The unrestrained movement of large breasts while running or jogging may contribute towards sagging over a prolonged period. Wear a sports bra while exercising to prevent sagging breasts.

A womans breasts do not contain any muscular tissue and are composed of soft, glandular tissue. This means that in order to have toned and firm breasts, the muscles beneath the breasts have to be strengthened. The pectoralis major muscle and the pectoralis minor muscle lie below and behind the breasts so any exercises that involve these muscles will go a long way in preventing sagging breasts. Here are a few exercises for sagging breasts that you can include in your regular exercise schedule. However, please consult your gym instructor

Before you attempt these exercises: 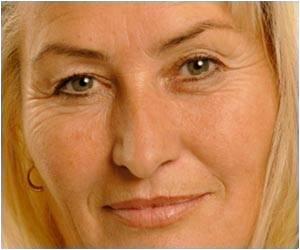 Sagging Breasts A Cause of Concern For Women After 29
Sagging breasts, a wrinkly face, thread veins and thinning hair are things that women fret about when they cross the age of 29.
READ MORE

Breast Lifting/Mastopexy - Animation
Surgical procedure for lifting sagging or drooping breasts is called Breast lifting or Mastopexy.
READ MORE
Sign up for Wellness Consult a Doctor Sign up for Selfcare