What is Retroperitoneal Fibrosis?

Retroperitoneal fibrosis is a rare inflammatory disorder that results in the formation of fibrous tissue, affecting the organs located at the back of the abdomen. It is also known as Ormond's disease after John Kelso Ormond, who re-discovered this condition in 1948.

The peritoneum is a tissue lining the abdomen in which organs like the stomach and intestines are located. Some organs like the kidneys, ureters, as well as parts of the aorta, inferior vena cava, colon, duodenum and pancreas lie outside this lining close to the posterior abdominal wall, in a part referred to as retroperitoneum. Fibrosis in this area, referred to as retroperitoneal fibrosis, can result in an obstruction of these structures. Some patients suffer from a severe form of the condition, called malignant retroperitoneal fibrosis. The condition worsens very fast in these patients, resulting in poor outcomes. 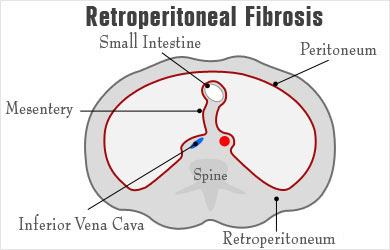 What are the Causes of Retroperitoneal Fibrosis? 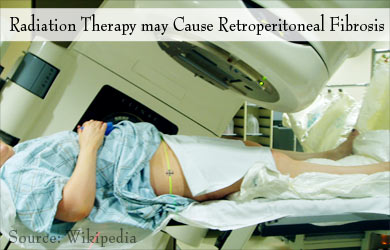 What are the Symptoms & Signs of Retroperitoneal Fibrosis?

Symptoms and signs linked to retroperitoneal fibrosis are often non-specific and include the following: 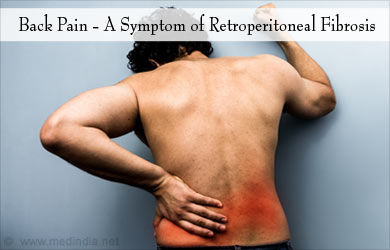 How is Retroperitoneal Fibrosis Diagnosed?

The first step in the diagnosis of retroperitoneal fibrosis is an imaging study. This can be in using CT scan, MRI or PET scan. If inflammation is detected surrounding the aorta or the kidney, biopsy of this area would be needed to accurately diagnose the condition, as well as to rule out cancer. A blood test is also done to check for kidney function, look for anemia, and markers of inflammation in the blood. High levels of an antibody called IgG4 has been noted in these patients.

Tests to evaluate kidney functions are: 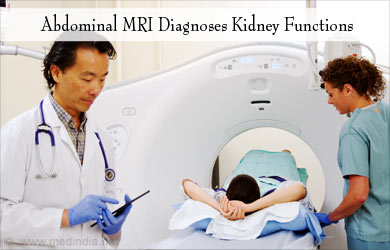 How is Retroperitoneal Fibrosis Treated?

Retroperitoneal fibrosis is treated with medications and surgery. Treatment depends on the stage of the disease at diagnosis.

Drugs like prednisone, azathioprine and mycophenolate have been found to be useful in patients with retroperitoneal fibrosis. These drugs suppress immunity and reduce inflammation associated with the condition. However, they are associated with side effects and therefore, the patient should be regularly monitored..

Surgery is used in retroperitoneal fibrosis to separate the ureters from the obstructing mass and cover them with fatty tissue from the abdomen called omentum to prevent further obstruction. Stents can be used to keep the ureters open and facilitate drainage of urine. 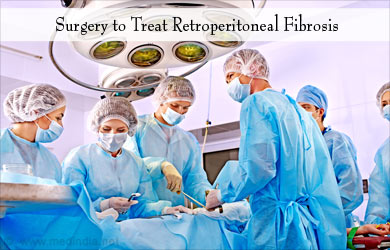 What is the Prognosis of a Patient suffering from Retroperitoneal Fibrosis?

Prognosis or outcome of retroperitoneal fibrosis depends on the extent of kidney damage. If the condition is diagnosed and treated at an early stage, long-term outlook seems to be very good. Prognosis is poor in conditions of kidney failure. It is also poor in patients with malignant retroperitoneal fibrosis, who survive only for a few months following the diagnosis.

Fibroscan for Fatty Liver Cirrhosis and Fibrosis
Recently, Fibroscan has incorporated the noninvasive Controlled Attenuation Parameter technique to estimate the degree of fatty infiltration in the liver.

Nephrogenic Systemic Fibrosis Increases Death Rates in Kidney Patients
Nephrogenic systemic fibrosis (NSF) is a newly identified debilitating and painful condition that affects patients with kidney failure and is characterized by a thickening and hardening of the skin.

A-Z Drug Brands in India Nutam (400mg) (Piracetam) Find a Doctor The Essence of Yoga How to Reduce School Bag Weight - Simple Tips Blood - Sugar Chart Calculate Ideal Weight for Infants Blood Pressure Calculator Noscaphene (Noscapine) Color Blindness Calculator
This site uses cookies to deliver our services.By using our site, you acknowledge that you have read and understand our Cookie Policy, Privacy Policy, and our Terms of Use  Ok, Got it. Close