What are Current Treatments for Liver Cancer?

Most cancers in the liver (95%) arise from metastatic spread of another primary cancer, for example, liver metastases from a primary colon cancer or lung cancer. Primary liver cancers (hepatocellular carcinoma, hepato-blastoma, etc.,) arise from intrinsic liver diseases (e.g., hepatitis viruses, alcoholic liver disease, fatty liver disease) combined with chronic inflammation and genetic predisposition. Liver cancer is often successfully treated when detected early, but most patients (80%) do not present for medical attention until the cancer is too large and untreatable. This is because liver cancers can remain asymptomatic for long periods of time. 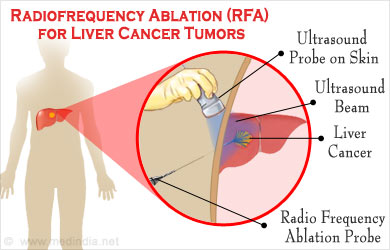 RFA has been proven to be most effective compared to TACE or TARE either as a sole therapy for liver cancer or in combination with surgery. RFA has 1 and 2 year overall survival rates of 82% and 72%, respectively, compared to 80% and 58%, respectively, for TACE.

A second study found that the overall recurrence-free rate was significantly higher in the RFA group than in the TACE group. Although minimally invasive therapies are not considered curative, successful cures in isolated cases have been demonstrated in the context of liver transplantation.

What is Radiofrequency Ablation (RFA)?

What is RFA Treatment?

RFA can be performed percutaneously (through the skin) or surgically (either via a laparoscopic or open surgical approach). The size and number of tumors, as well as their anatomical location, determine which approach is best. RFA can treat up to 6 cm of tumor tissue at a time and can be repeated as needed. If the liver tumor is too close to a critical structure such as the diaphragm, stomach or colon, then a surgical approach is preferred over a percutaneous approach. 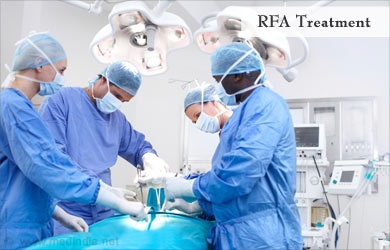 If the patients underlying liver disease is too severe, it may be too dangerous to perform RFA because of the higher potential for bleeding and liver failure. If the anatomic location is unfavorable for RFA (e.g., a very peripheral or very central lesion) then TACE, TARE or surgery alone may be possible.

RFA is often used in the context of liver transplant for hepatocellular carcinoma (HCC). As patients are waiting for their liver transplant, RFA can temporize tumor growth and potential for spread.

What are the Side Effects on the Liver using Radiofrequency Ablation?

More common side effects include nausea, skin burns and pain which are most always successfully managed medically. Patients are usually kept in the hospital overnight for observation after RFA, but sometimes an outpatient procedure is appropriate.

Bleeding, infection or injury to organs adjacent to the liver (e.g., colon or stomach) are potentially serious complications after RFA, but these are minimized with proper patient selection and good technique.

The most serious potential complication is death from liver failure after RFA. Fortunately, this is very rare (o.o4%) and depends on careful patient selection for RFA. If the liver is too sick, the risk of death outweighs any potential benefit.

What are the Results of RFA?

Be good to your liver by avoiding excess alcohol and staying fit with a healthy diet and regular exercise. If you have an underlying chronic liver disease such as Hepatitis B Virus infection, then your doctor should perform a yearly ultrasound and AFP (alfa fetoprotein) blood test to screen for early liver cancers. If you require RFA or other treatments for your liver tumor, ensure that you are being cared for by a multidisciplinary team (Gastroenterologist or Hepatologist, Surgeon, Interventional Radiologist, Pathologist, Oncologist) that meets regularly to review your case before and after treatment. 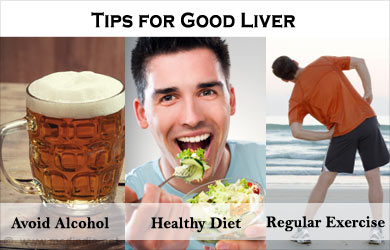 Sorafenib is a chemotherapy pill that has been shown to increase the probability of liver cancer survival (40% Sorafenib versus 20% placebo at 16 months) and decrease time to recurrent disease by 3 months. It is fairly well tolerated but is not a curative drug for liver cancer. Preliminary evidence suggests that Sorafenib in combination with RFA is superior to either treatment alone.

Doxorubicin is an intravenous chemotherapeutic agent that is most often used for TACE (in combination with Cisplatin and an embolic agent such as lipiodol or gel foam). It can also be administered systemically into the venous system, but side effects are more prominent and results are inferior compared to TACE administration directly and selectively into the tumor.

Cisplatin is a second intravenous chemotherapeutic agent used in combination with Doxorubicin to treat liver cancer. Selective administration of Cisplatin via TACE has superior results to systemic administration. 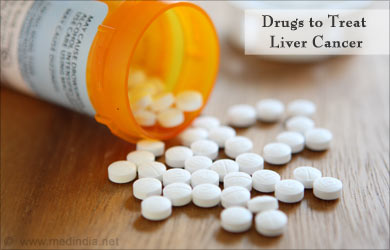 Gene Mutation may Help Drive Formation of Tumors in Liver Cancer A new study has found that two genetic mutations in liver cells may drive the formation of tumors in intrahepatic cholangiocarcinoma (iCCA), the second most common form of liver cancer

Liver Cancer Treatment - Animation Liver Cancer is the uncontrolled growth of cells in the liver. The present section provides a graphic description of the various forms of liver cancer treatment in addition to the latest techniques such as Chemoembolisation and Radio frequency ...

Tumor Markers For Cancer Diagnosis and Prognosis An ideal tumor marker for a cancer should be specific to that cancer and not generate false positive results.

Test Your Knowledge on Liver Cancer Primary hepatocellular carcinoma is a cancer that starts in the liver. The liver is the largest organ in the body situated in the upper right quadrant of the abdomen. The liver is also a common site for cancer deposits (metastases) from other ...
Sign up for Wellness Consult a Doctor Sign up for Selfcare
Advertisement
Health Topics A - Z
A B C D E F G H I J K L M N O P Q R S T U V W X Y Z