Things You Need to Know about Pulmonary Edema

What is Pulmonary Edema?

Pulmonary edema is a condition where fluid accumulates in the lungs.

The lungs are organs of respiration. Oxygen from the air passes through small air sacs of the lungs called alveoli and oxygenates the blood in small blood vessels surrounding the alveoli called pulmonary capillaries. Carbon dioxide from the blood diffuses into the alveoli and is removed from the body when the person breathes out.

If large amounts of fluid seep into the interstitial space, the lymphatics may be unable to remove it, especially if it accumulates suddenly. This results in pulmonary edema. As the condition worsens, the fluid fills the alveoli as well, making the exchange of oxygen and carbon dioxide difficult.

The main factors which can result in pulmonary edema:

What are the Causes of Pulmonary Edema?

Cardiac causes: Pulmonary edema can occur in heart failure affecting the left side of the heart. It may be a consequence of conditions like heart attack, severe anemia or diseases of the heart valves. These conditions may cause increased pressure in the left atrium, which in turn is transmitted to the lung capillaries. The pressure pushes the fluid through the capillaries into the lung tissue.

What are the Symptoms and Signs of Pulmonary Edema?

Acute pulmonary edema produces sudden and severe symptoms. In contrast, symptoms may be more gradual in chronic pulmonary edema. The patient usually prefers to sit up or stand, rather than lie down so that it is easier to breathe. Symptoms and signs of pulmonary edema include the following:

How is Pulmonary Edema Diagnosed?

Pulmonary edema is diagnosed based on history, physical examination and various tests. History obtained from the patients or relatives may help to detect the possible cause of the pulmonary edema. Physical examination may reveal sounds from the lungs that can be heard with a stethoscope. Tests are used to confirm the presence of fluid in the lungs and to detect the underlying cause of the edema. Some of these include:

B-type natriuretic peptide and NT-proBNP levels in the blood may be high in patients with a heart problem. These are normally produced by the heart muscles.

This test measures the pressure in the pulmonary capillaries. It helps to differentiate between cardiogenic and non-cardiogenic pulmonary edema.

Other tests to identify underlying conditions like tests for liver and kidney function, blood tests for anemia etc.

How do you Treat Pulmonary Edema?

In addition, treatment of cardiogenic pulmonary edema may include the following:

How do you Prevent Pulmonary Edema?

Some ways to prevent pulmonary edema include the following: 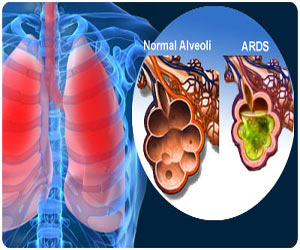 Drug-induced Pulmonary Diseases
Some drugs or therapeutic agents cause undesirable reactions in lungs, known as drug-induced pulmonary disease, which could be serious enough to cause death. It is important to identify the drugs causing these reactions and avoid using them.
READ MORE
Sign up for Wellness Consult a Doctor Sign up for Selfcare