What you need to know about Postpartum Psychosis?

What is Postpartum Psychosis?

Postpartum psychosis is a term used to describe mental psychosis among certain mothers soon after childbirth. The onset of this form of mental illness is rapid and it is difficult to ascertain how it develops. Mothers who exhibit antenatal depressive episodes have been found to be at a higher risk for postpartum psychosis.

This severe form of mental illness usually develops within a few days to a few weeks after childbirth and is accompanied by varying symptoms that rapidly change. Most mothers go through periods of baby blues or postpartum depression after childbirth; however, postpartum psychosis is seldom encountered.

There are marked changes in the mood, perception, thoughts and behaviour of the mother, which warrants immediate medical supervision as the mother is in danger of harming herself. Mood disorders also affect the cognitive abilities of the affected mother.

What are the Known Causes of Postpartum Psychosis?

Postpartum psychosis is caused more due to a combination of factors rather than a single factor and it includes the following:

It is important to note that a single factor is seldom the reason behind an episode of postpartum psychosis and its usually a combination of factors, making it impossible to ascertain the preconditions of the disorder.

What are the Symptoms of Postpartum Psychosis?

The symptoms may develop a couple of days after childbirth or even after 12 weeks. When a mother suffers from postpartum psychosis, it leads to distress for the mother as well as for her family. The symptoms include:

The mother displays a dramatic shift in moods, with irritability in one instance and profound anger or sadness the next. These manic situations are potentially risky where the mother could harm herself or those around, including her baby.

The risk of maternal suicide increases 70 times during the first year after childbirth for a person with postpartum psychosis and is the leading cause of maternal death post delivery. The mother is less likely to harm the baby than herself as the mother is prone to feel inadequate and fails to look after the baby rather than actively causing harm to the baby. However, there have been instances of homicidal behaviour towards the baby or other children.

How is Postpartum Psychosis Detected?

Patients with previous history of bipolar disorder or schizophrenia are asked to watch out for symptoms while doctors check for potential signs among high-risk patients during the 6 weeks check up.

The Edinburgh Postnatal Depression Scale (EPDS) and the Mood Disorder Questionnaire(MDQ) are administered to patients and their condition is evaluated based on their score.

What is the Treatment for Postpartum Psychosis?

Postpartum psychosis should be considered an emergency and the patient should be rushed to the doctor in order to prevent any harm that may be caused by the patient.

The following treatment programme will be provided for the patient during hospitalisation:

The patient may still have to take prescribed medication even after she is fit enough to leave the hospital. An attendant may also have to be with the patient at all times to prevent harm to the patient or the baby. In severe cases, the patient will be advised to refrain from having any more children.

Treatment is essential not only to prevent personal harm but also to provide the right environment for a childs physical and emotional well-being. There are several intervention strategies that help parental depression.

What is the Prognosis for a Patient Suffering from Postpartum Psychosis?

After treatment, women begin to recover fast, though they go through a period of anxiety and depression and a failure to bond with their baby. However, with good family support and the right medical care, they recover rapidly.

In a study published by Nager A and colleagues titled High lifelong relapse rate of psychiatric disorders among women with postpartum psychosis in the Nordic Journal of Psychiatry in 2006, the researchers concluded that postpartum psychosis is a part of recurring psychological disorders that could occur lifelong. The patient and family members should therefore be sensitive to the patients needs to help care for and prevent alarming episodes in the future.

How to Prevent Postpartum Psychosis?

Postpartum psychosis can be controlled with careful medical supervision if the mother reaches out for help. Owing to a large amount of stigma associated with the condition, most mothers hesitate to seek help, therefore, denying themselves the chance to lead a normal life and to share a loving bond with their newborn.

Some of the other factors that could help in lowering the chances of an episode of postpartum psychosis include:

Indian-origin Scientist Identifies the Reason Behind Postpartum Depression
A group of researchers led by an Indian-origin scientist have identified a distinct biochemical crosstalk, which they say, might be responsible for postpartum depression.
READ MORE

Mood Disorders like Depression, Bipolar in Women Affects Their Cognitive Control
Brain scans showed that women with depression had different levels of activity than healthy women in the right posterior parietal cortex area of the brain.
READ MORE 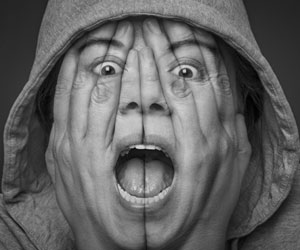 Test Your Knowledge on Psychosis
Psychosis is a psychiatric illness or a mental disorder in which the patient loses touch with reality, and suffers from symptoms of delusions, illusions and hallucinations. Test your knowledge on psychosis and its difference from neurosis by taking ...
READ MORE 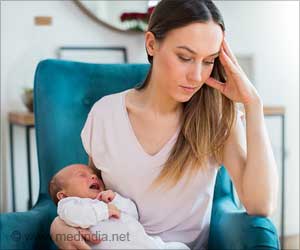 Post-Partum Depression Calculator
Are you suffering from depression after the delivery of your baby. This can be harmful to both you and your baby. Use this seven questions screening test to rule it out.
READ MORE