Porphyria is a group of genetic disorders that result in built-up of chemicals called porphyrins in the body.

Porphyrins are normally converted into heme, a constituent of hemoglobin with the help of eight different enzymes. Patients with porphyria lack one of the enzymes necessary to bring about this conversion. Porphyria affects nerves or skin, or both. Skin symptoms tend to get worse in the presence of sunlight. Therefore, patients may prefer to move around after dark. This is the reason why some people refer to porphyria as Vampire disease.

Porphyria may be classified depending on the site in the body where porphyrins are excessively produced. They are:

Porphyria can also be classified as:

What are the Causes of Porphyria?

Porphyria is a genetic condition resulting from lack of an enzyme required for the production of heme. The deficiency of these enzymes results from mutations in one or more of these genes: ALAD, ALAS2, CPOX, FECH, HMBS, PPOX, UROD, or UROS.

Many cases of porphyria cutanea tarda are not inherited, but occur sporadically. Beside the above factors, high iron content in the body, as seen in conditions like hemochromatosis, can trigger the condition.

What are the Symptoms of Porphyria?

Depending on the symptoms, porphyria can be classified as acute or cutaneous.

Acute Porphyria: Acute porphyria predominantly affects the nervous system and, in some cases, skin symptoms may also occur. It occurs as attacks, which are rarely seen after menopause and before puberty in women. The major symptoms and signs of acute porphyria attack include:

Cutaneous Porphyria: This form of disease principally causes skin symptoms, especially photosensitivity reactions, where symptoms worsen on exposure to sunlight. It does not affect the nervous system. Certain inherited forms of cutaneous porphyria will begin to show symptoms from infancy or childhood. Cutaneous porphyria may result in the following symptoms:

How is Porphyria Diagnosed?

Porphyria is diagnosed based on the history, physical examination and laboratory tests of the patient. A family history may indicate that other people in the family also suffer from the condition, and therefore gives a clue on the genetic nature of the condition.

Since porphyria is rare, general hospital laboratories do not normally have the expertise, technology or staff to perform porphyria testing. In most cases, testing involves sending samples to a referral laboratory.

Porphyria is diagnosed by analysis of blood, urine, and stool. Urinary porphobilinogen (PBG) is markedly elevated in acute porphyria except for the very rare sub-type due to ALA dehydratase deficiency. Electrolyte abnormalities like low blood sodium levels may be noted on a blood test.

Enzyme testing helps to detect the deficient enzyme and diagnose the exact type of porphyria. Genetic testing can be used to locate the defective gene.

How do you Treat Porphyria?

Treatment of acute porphyria is aimed at reducing or eliminating symptoms and may require hospitalization. The treatment includes the following:

How do you Prevent Porphyria?

As for other genetic disorders, cases of porphyria can be prevented through genetic counseling. In families affected in porphyria, the defective gene can be located. Depending on its mode of inheritance, couples can be advised the possible chances of transmitting the gene to the children.

Patients with porphyria should take the following precautions:

Latest Publications and Research on Porphyria 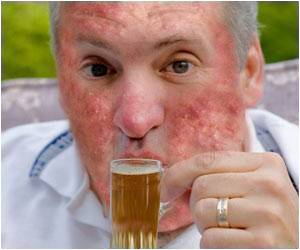 Hemin
This medication is an iron-containing porphyrin, prescribed for symptoms of certain blood disorders ...
READ MORE
Sign up for Wellness Consult a Doctor Sign up for Selfcare