Pompe disease also known as Glycogen Storage Disease / Acid Maltase Deficiency is a rare genetic disease caused by the buildup of a sugar called glycogen in the bodys cells. It is caused by the deficiency or absence of the enzyme alpha-glucosidase.

Pompe disease or Glycogen Storage Disease is a rare genetic disease caused by the buildup of a sugar called glycogen in the bodys cells. The accumulation of glycogen in cells, especially in the muscles, including the heart muscle, affects normal function. The heart and skeletal muscles are most affected in Pompe disease. The disease is caused by genetic mutations that lead to deficiency or absence of the enzyme acid alpha-glucosidase (GAA), also known as acid maltase. This enzyme is required to breakdown glycogen, a stored sugar into glucose. Pompe disease exists in three forms-infantile, juvenile, and adult-onset. Heart problems, muscle weakness, and breathing problems may occur in children suffering Pompe disease. 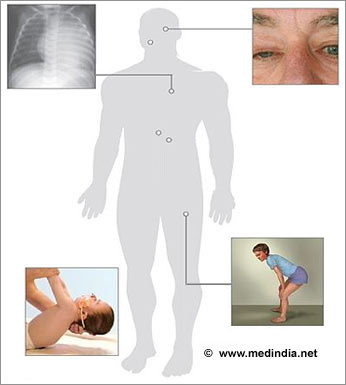 The often fatal disease is diagnosed by testing for the specific gene mutations, using blood tests to check the levels of GAA, or with a muscle biopsy. Treatment modalities include enzyme replacement using alglucosidase alfa (Myozyme) are available.

What are the Causes of Pompe Disease?

Glycogen is a stored form of sugar. The enzyme GAA is used to breakdown glycogen into a simpler sugar, glucose. The process happens inside intracellular compartments called lysosomes. Mutations in the GAA gene (the gene that is responsible for producing GAA) lead to the reduction or complete absence of this enzyme. Up to 300 different mutations in the GAA genes have been found to be associated with Pompe disease. 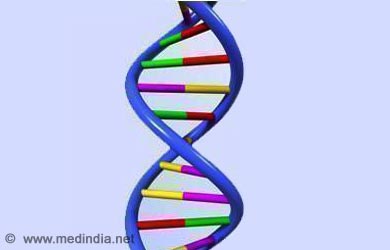 The enzyme deficiency or absence leads to excessive accumulation of lysosomal glycogen everywhere in the body. The cells of the heart and skeletal muscles are affected the most.

Pompe disease is also referred to as Glycogen-storage disease type II (GSDII). It is an autosomal recessive disorder, i.e. each parent of an affected individual must pass on a copy of the mutated gene so that the child gets the disease. Pompe disease is relatively rare; it affects one in 40,000 people.

What are the Different Types of Pompe Disease? >>

Alglucosidase
Alglucosidase is an enzyme replacement therapy used for treating Pompe disease, a rare metabolic disorder that damages the muscles and nerves caused due to the accumulation of glycogen in the lysosome. This medication is a glycoprotein, ...

Extraordinary Measures to Tackle Pompe Disease Continue to be Taken by UF Researchers
University of Florida researchers are hopeful that gene therapy will help patients in the late stages of Pompe disease breathe on their own.
Sign up for Wellness Consult a Doctor Sign up for Selfcare
Advertisement
Health Topics A - Z
A B C D E F G H I J K L M N O P Q R S T U V W X Y Z