Mens penises vary in length and often present a curved erection which is normal. However, Peyronies disease is a condition which causes curved, painful erections due to formation of scar tissue (plaque) inside the penis. This leads to difficulties in sexual intercourse and affects the sexual life of men.

Peyronies disease was named after the French surgeon François Gigot de la Peyronie who first described it in 1743.

Peyronies disease can be found in up to 1% to 23% of all men in the age group 40-70. This disease is rare in young men but many men in their 30s present with symptoms. The actual rates of prevalence may be higher because of not reporting the disease either due to peoples embarrassment or physicians not reporting.

What are the Symptoms of Peyronies Disease?

Symptoms of Peyronies disease can be mild, moderate or severe. Symptoms may appear suddenly or progress slowly over time.

What are the Causes of Peyronies Disease?

Some of the causes attributed to Peyronies disease include:

What are the Risk Factors of Peyronies Disease?

Some of the risk factors for Peyronies disease are:

What are the Complications of Peyronies Disease?

Some of the complications include:

How to Diagnose Peyronies Disease?

A urologist is the specialist who will diagnose and treat Peyronies disease. The diagnosis is usually made based on:

How To Treat Peyronies Disease?

Non-invasive therapies may be used by the urologist to reduce the scar tissue and decrease the curving of the penis. These therapies include:

Surgery is usually the last treatment option and is recommended only if symptoms do not improve with other treatment. Surgical options include:

How to Prevent Peyronies Disease?

Peyronies disease affects the ability to have a satisfying sexual relationship and causes much stress to sufferers. The best way to cope with the anxieties is to be honest with your sexual partner and explain the condition and the steps you are taking to deal with it medically. You may also seek the support of a counsellor who can help you deal with emotional stress.

Statistics on the Prevalence of Male Impotence

Statistics on the Prevalence of Male Impotence

Drugs In Impotence - Drugs for its Treatment

Drugs In Impotence - Drugs for its Treatment 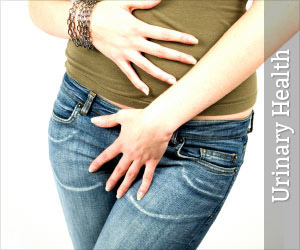 This medication is a xanthine derivative, prescribed for intermittent claudication (pain, cramping, numbness, or weakness in ...

This medication is an antiestrogen, prescribed for breast cancer. It is also used for infertility, gynecomastia, ductal ...