It is a very rare condition and it is possible that sufferers dont report the condition because of the shame and embarrassment the disclosure would involve.

Dr. Sandra R. Leiblum documented the condition first in July 2001, along with Dr. Sharon G. Nathan in the Journal of Sex and Marital Therapy. The reasons for Persistent Sexual Arousal Syndrome remain a medical mystery till date. 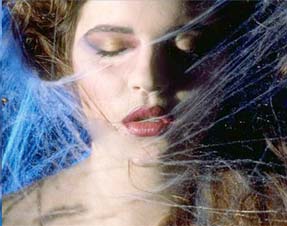 It is not surprising that the women who have reported the condition are only from the developed countries, because the consequences of reporting such a syndrome by women in developing or under-developed countries or conservative societies would be disastrous. In conservative societies, women reporting this disease run the risk of being stigmatized or labeled as freaks by others.

Interesting to Know
Some theories that are doing the rounds on PSAS are discussed below:

a. Neurological hypersensitivity - In women with PSAS the normal or minor sensation from areas such as clitoris or pelvic organs get amplified and result in a persistent or permanent state of arousal at the brain level. Treatment with anti-depressants is advocated. The hypersensitivity may also result after some minor trauma to pelvic nerves or after an episode of neurological conditions such as meningitis or encephalitis. The glans penis of male has 4000 nerve endings and in comparison the equivalent smaller female clitoris has 8000 such nerve endings.

b. Venous congestion of pelvic organs - Women with PSAS may have some form of pelvic venous congestion syndrome (Allen-Masters Syndrome). The pelvic and sexual organs are rich in blood supply and sometimes the chronically dilated varicose veins do not respond well to neurologic and hormone signals to contract to normal size especially after the resolution phase of the sexual cycle leading to persistent arousal.

c. Endocrinal PSAS - Women who suffer from the condition after menopause or during a few days before the onset of menstrual cycle may have problems related to hormones such as progesterone. This maybe caused due to over-sensitivity to the arousal effect of Progesterone.

d. Prolactin release disorder - Role of Prolactin in orgasm is well studied. It has a role in maintaining the refractory and relief phase after orgasm. Men usually have a much larger release of prolactin after orgasm than women and hence they take time to be aroused the second time. Women have a shorter refractory period due to a smaller release of the hormone. In PSAS it is possible that there maybe no release or delayed release of the prolactin hormone.

e. Oxytocin deficiency  Oxytocin release from pituitary in orgasm gives the calming effect. It reduces stress and its release in clitoral orgasm is even more. That may be the reason why you fall asleep after great sex.

I want to talk about this disorder I think i may have it I am a guy for years i dealt with feeling while i was trying to sleep of sexual touching which i thought was just normal for a while it progressed and eventually it became a daytime thing I would feel pleasure walking around doing my job with no erection which was weird because usually guys dont feel pleasure without and erection. I also have been told I have schitzofrenia and the voice at the time was calling it cbt or cognitive behavioral therapy they sometimes asked me if i wanted to feel it and always said yes the feelings responded to my conversation I was having with myself. I ended up in a mental hospital shortly after from hearing to much and responding to it by thinking that I have a chip in my brain from when i cracked it open and started thinking I was a test trial to some new science. I calmed down and started to try and rationalize it and decided that would not happen they gave me a medication for schitzofrenia which had a side effect of getting rid of my pleasure well mostly and have not felt touching or pleasure since then I didnt really talk alot with doctors about this because it was embarrassing.

Hello, Is there anyone that i can speak about this disorder? It is ruining my life. I need to talk someone who is PGAD. I will be waiting for your answer desperately.

hi i have pgad :) and i found that all i needed to make the discomfort go away was to get rid of my depression i found the right psych meds.. :) and i still get pgad but it feels great ps: my pelvis area is paralyzed i broke my lower spine and hip so i cant feel sex unless its the pgad

Hi. My name is April and I have suffered with PGAD for over two years. The horrible feeling of constant pain and arousal. I am 63 yrs. and this has ruined my life. Going somewhere , doing something, constant arousal..then the pain..I cried and took pain pills, which only helped a little. So so horrible..to be so uncomfortable all the time, not even being able to go to the bathroom or shower. This is too much to bear. BUT this CAN. Yes CAN go away. It did for me and how? Sincerely And honestly pray. The power of prayer cured me. I prayed often, desperately , and and with faith. I am living proof that this works. Pray with your whole heart and soul. This will end in His time. It took a long time, but in His time it ended.. I promise you, it CAN. Go away...trust the Lord. Please don't get discouraged ...give it time and PRAY. I will pray for all of you too.

im 24 Years old, i have been dealing with this since I can remember, Probably since I hit Puberty. It is a nightmare, All day long i fight and fight the urge to go into the other room and take care of it, I fight because I know that it will only get worse. I finally got the courage to talk about it to my SO. He was amazing, and so understanding, and to be able to talk about it openly has relieved so much stress in my life. I can only hope that this disorder can get more attention, so that maybe one day I can live a normal life. Please, do not be afraid to talk about this to your partner, or your super close friend, challenge them to google ReGS, research it. Having someone to talk to, that understands what im going through has helped me in so many ways. I now have a daughter and its a struggle, but she has helped me fight my urges, and so has my SO.

Menopause Menopause is defined as the state of permanent cessation of menstrual cycles (periods) for 12-months.

Orgasm Myths and Facts Orgasm is defined as a culmination of a series of changes in the body during sexual intercourse, accompanied by pleasure of the highest intensity

Priapism Priapism is persistent painful erection that lasts for more than four hours and is unrelated to sexual stimulation.

Foot Orgasm Syndrome Foot orgasm syndrome is a rare condition that was first reported in a medical journal in 2013. The patient felt sensations similar to that of an orgasm on stimulating the left foot.
Sign up for Wellness Consult a Doctor Sign up for Selfcare
Health Topics A - Z
A B C D E F G H I J K L M N O P Q R S T U V W X Y Z