What are Types of Peritoneal Cancer

Malignant mesotheliomas are common in people exposed to asbestos for a long time. Other risk factors include exposure to a metal called eronite, radiotherapy, infection with simian virus 40 and peritoneal irritation. Older males are usually affected. it occurs as a single growth or multiple nodules. Prognosis is usually not good especially in widespread disease.

Cystic Mesothelioma is also known by other names such as peritoneal inclusion cyst and multilocular inclusion cyst. Thus tumor is considered as benign by some, whereas others believe it is cancerous. it often occurs in young to middle-aged women in the pelvic region. it appears as many fluid- filled sacs or cysts that look like bunches of grapes. Prior abdominal surgery and inflammatory disease of the pelvis may predispose a person to develop this cancer.

Well-differentiated Papillary Mesothelioma occurs in young women and has a good prognosis.

Primary Peritoneal Carcinoma is known by different names such as psammomacarcinoma and extraovarian pelvic serous carcinoma. it is seen in postmenopausal females and is similar to ovarian cancer. it may be hereditary.

Primary Papillary Serous Borderline Tumor is a low malignancy tumor seen in females. The patient has a good prognosis.

It usually affects young males. it spreads very fast through the peritoneum and other organs such as liver, lungs as well as lymph nodes. The patient usually has a poor prognosis.

Cancers may also spread to the peritoneum from other organs such as digestive system especially the colon, rectum, stomach, pancreas and appendix, lung, ovaries and breast. The spread occurs in late stages of the disease. These patients have a poor prognosis.

When cancers form multiple nodules on the peritoneum, the condition is called peritoneal carcinomatosis. it could occur in primary as well as secondary cancer.

Sometimes, the peritoneal cavity gets filled with a large amount of jelly-like substance. This condition is called pseudomyxoma peritonei or jelly belly. it is very rare and usually occurs due to rupture of a cancerous appendix or ovary.

Lymphoma or cancer of immune cells may also affect the peritoneum, either as a primary cancer or as a part of extensive disease such as Hodgkins lymphoma. 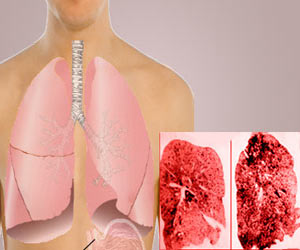