Pemphigus is a rare group of autoimmune diseases that affect the skin and mucous membranes. It is a blistering disease in which autoantibodies are directed against Desmosglein - a protein, which acts like a glue to cement epidermal cells together. 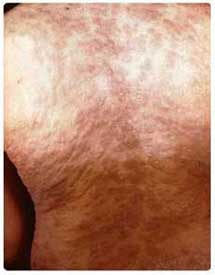 When Desmogleins are targeted, the epidermal cells become detached from one another (acantholysis) and this produces blisters or lesions that fail to heal. These blisters can then progress to become sores that cover a significant area of the skin and the mouth.

Till the 1960s little was known about pemphigus. It was in 1971 that the autoimmune nature of this disease was published.

Pemphigus has a world wide occurrence and affects both males and females, of all ethnic groups. But it is more prevalent among the descendants of the Ashkenazi Jews and among those of Mediterranean origin. It is seen both in children and in the elderly but mainly affects those between the ages of 50-60 years. 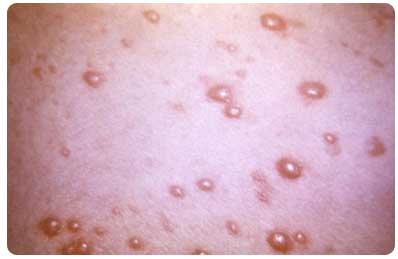 Some people have a greater pre- ponderence to develop the disease such as those with a familial history and those with other auto- immune diseases such as Myasthenia gravis or thyroid cancer. 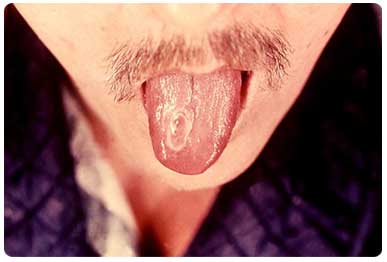 Pemphigus foliaceus is the most common autoimmune skin disease known in veterinary medicine. In domestic pets such as dogs, cats and horses it produces pustules that causes erosions or crusts. If left untreated P. foliaceus is a life-threatening condition in these animals. Pemphigus vulgaris is rarely observed in cats and dogs. Paraneoplastic pemphigus has been not been described thus far in domestic pets.

Latest Publications and Research on Pemphigus

my daughter is suffering this disease can be cured in india

can you tell when was your daughter digonized of pv and where is she getting treated? how helpful is the treatment? as i am also suffering frm pv since past 1 year. really appreciate your reply

Is there any sure remedy [in any therapy]except administration of "Steroid" based drugs {having equally bad side / after effects}for treating this dreadful skin disease .

Skin Disorder Skin types can range from oily to dry, extreme dryness accompanied by rashes and itching can often denote the presence of a skin problem or skin disorder.

Pemphigus Vulgaris Fatal, severe blistering disease of autoimmune etiology may present as medical emergency in casualty, due to septicemia or shock in the form of organ failure.

Hives Hives or Urticaria are allergic skin reaction that appear suddenly in clusters or as single bumps on the skin surface and can be itchy.
Sign up for Wellness Consult a Doctor Sign up for Selfcare
Advertisement
Health Topics A - Z
A B C D E F G H I J K L M N O P Q R S T U V W X Y Z