Chronic pelvic pain may be defined as the pain occurring below the umbilicus that persists for at least six months. Pelvic pain is one of the common distressing complaints of females across the globe.

The pelvic region is the area lying between umbilicus to the groin in the front and between the buttocks at the back. It chiefly contains the organs of reproductive, urinary and digestive systems like uterus, bladder and intestines.

Chronic pelvic pain (CPP) is not a disease rather a symptom of illnesses such as Endometriosis, Pelvic Inflammatory Disease, Irritable Bowel Syndrome, Interstitial Cystitis or Diverticulitis.

Frequency of Pelvic Pain: It is seen that approximately 1 out of every seven women suffers from this painful condition.

Affected Age: The condition is more commonly seen in reproductive-aged women, around 26-30years of age.

Pelvic pain can be constant or intermittent. Constant pain is the outcome of a number of problems while intermittent pelvic pain is usually due to a specific cause.

Dysmenorrhea is a term used to describe low anterior pelvic pain which occurs in connection with periods.

Causes of Pelvic Pain in Women

The causes of chronic pelvic pain are numerous. An assortment of gynecological, gastrointestinal and urinary conditions an lead to the onset of pelvic pain. Some of the important causes are listed here:

Gynecological Causes: Gynecological cause are believed to be the main cause of pelvic pain in about 20% of women. The important ones are as follows:

Other Causes: The other important causes of pelvic pain are associated with urinary, gastrointestinal systems or with muscles and nerves of pelvic area.

Symptoms of Pelvic Pain in Women

Pelvic pain is the main symptom that can occur anywhere in the region  it maybe continuous and sometimes intermittent.

An account of the associated symptoms of pelvic pain in females is as follows:

Diagnosis of Pelvic Pain in Women

Sometimes it is difficult to locate the exact cause of pelvic pain as a variety of conditions can be responsible for it.

The generally sought after diagnostic methods of the causes of pelvic pain are as follows:

History and General Physical Examination: Complete account of history and thorough physical check up of the pelvic region is highly important for assessing the cause responsible for the pelvic discomfort. Examination of lower backache, external genitalia and pelvic examination (internal assessment) are very crucial in finding the exact cause.

Laboratory Tests: The commonly recommended tests include urine routine and microscopic examination to find out any hidden infection, blood test for leukocyte count, tests to rule out sexually transmitted infections and pregnancy tests.

Laparoscopy: In situations where it is difficult to rule out conditions like endometriosis or pelvic inflammatory disease, laparoscopy is done to find the exact cause. Laparoscopy can be done as a day procedure. A thin laparoscope with attached small camera is introduced in the patients abdomen via a small incision just below the umbilicus. Direct visualization is possible with this diagnostic technique.

Treatment and Prognosis for Pelvic Pain in Women

Unknown cause of the symptom of pain is first treated with analgesics and sometimes antibiotics whereas if there is known pathology the pain  it should be treated.

The pain related to pelvic region can be treated by following ways:

Prognosis of Pelvic pain in Females:

The prognosis of pelvic pain is quite unpredictable.

Undoubtedly pelvic pain is a distressing and quite common condition met by women universally. It adversely influences a womans capability to work, her self esteem, her relationships with others and even her sexuality and sensuality. It can adversely affect the quality of life of a woman.

Latest Publications and Research on Pelvic Pain in Women 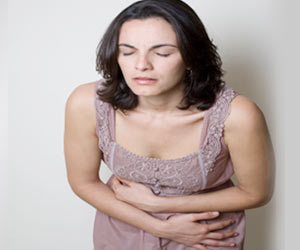 Drugs for Pelvic Pain in Women