Paternity Testing - Whose Baby Is It Anyway?

Paternity testing involves DNA studies that are normally carried out under certain circumstances to establish the paternity of a child.

In may happen to some people, sometimes!

It is not unusual for some women, in some places, to date more than one partner during a brief period of time. As such these close encounters may not be such a big deal but they become a problem only when a woman finds herself pregnant and is unsure about who the father of her baby is! 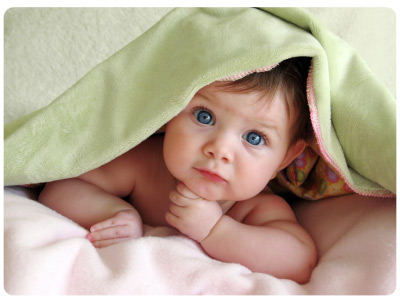 The paternity of the child may not be as big a problem as the pregnancy itself, but it may eventually become an issue particularly to the child, if born.

In the earlier days, the paternity of a child was established when the mother pointed out the father to the child. But these days, with fidelity being a dying trait, controversial situations involving the paternity of children are on the increase. And this is when paternity testing becomes useful.

Paternity testing comprises of DNA studies involving the parent and the child.

Parental testing establishes the genetic proof if a man is the biological father or a women is a biological mother of an individual. Genetic testing is the most reliable methods though if this is not available some labs can use ABO blood group typing or use or using human leukocyte antigen to establish this relationship.

How does it work - An individual inherits half their DNA from the father and the other  half from the mother and hence if the DNA profiling of the individual and parents DNA are mapped, it can easily reveal if the peron is biologically related to either parents.

Legal paternity testing - When a suit is filed in the court of law on this issue the courts may demand the test too to establish the evidence of fatherhood or motherhood. Legal DNA testing follow a strict chain of custody procedure to make the test results legally defensible.

Cost of Test - Paternity testing costs can vary from around $400 to over $2,000, depending on where you live and the kind of test that needs to be done.

At present there are also home testing kits available for doing such tests.

Exclusion - The result of genetic testing accuracy to predict if a person is father or not is 100%.

Inclusion - The result of genetic testing accuracy to predict the alleged father is the biological father is 99.99%. This is not 100% because very rarely some individuals instead of having a single set of genes may be "chimeras" and have at least two different sets of genes.

In maternity testing there have been cases of DNA profiling that falsely "proved" that a mother was unrelated to her children.

Latest Publications and Research on Paternity Testing - Whose Baby Is It Anyway?

Use of Genetic Testing Kits Need Deliberation
Genetic testing kits may not get ready approval from federal regulators as an FDA advisory panel has warned of the danger of misinterpretation of results.

Genetic-Testing Choice Guided By Rational and Emotional Reasons
Consumers decide whether to use mail-in genetic tests based on both rational and emotional reasons, a finding that adds to a growing body of health-care behavior research on information