Patent Ductus arteriosus is the second commonest congenital birth defect of the heart and can cause heart failure; however majority of these defect close spontaneously after birth.

Patent Ductus Arteriosus is a congenital (present from birth) heart defect in which a fetal passageway between the pulmonary artery and the aorta remains open, causing excess blood flow to the lungs.

In the fetus the ductus arteriosus is a normal structure between two major blood vessels and about 60% of the total cardiac output is contributed by the ductus throughout the fetal life. After birth the ductus closes within 24 to 48 hours. Normally the pulmonary artery will carry blood to the lungs. In a fetus, the lungs are not functional. Ductus arteriosus acts like a shunt between pulmonary artery and aorta to prevent overloading of lungs with blood when the lungs are not functional.

At birth, there are several hormonal and chemical changes. Breathing increases the oxygen availability for the infant. These factors produce certain muscle contractions and cause the ductus to close completely in a few weeks.

Majority of patent ductus arteriosus - 88% closes itself within 8 weeks of birth. Persistent PDA occurs in about 1 in 2000 to3000 infants. In the United States about 3000 babies are born with PDA each year.

The incidence of this anomaly is twice in females than in males. After Ventricular septal defect the Patent Ductus Arteriosus is the commonest congenital heart defect in children and accunts for approximately 10% of all cases of congenital heart disease in childhood.

Symptoms depend on the size of the PDA and the amount of blood flowing into lungs. Infants with small patent ductus may have no symptoms, while large ductus can result in heart failure.

All PDAs need treatment and closure to prevent endocarditis, heart failure and pulmonary hypertension that can occur later in life. PDA closure can be done by open cardiac surgery or through a cardiac catheterization route without surgical intervention.

What are some therapy options for improving a hoarse, high pitched voice as a result of Left Vocal Cord Paralysis.

My son is 6 years had an operation of PDA he is fine,eats well though still thin but strong and active.its now 3month

Sir/Mam,
Pls clarify why did the PDA problem occurs for the child?
What are all reasons for PDA Problem?

My Baby had at three months baby, cardiologist surgery and clear that problem..But I have one doubt in future anyother problem occurs for child...pls reply me as soon as possible.....

What the reasons for PDA Problem occurs to child?

Atrial Septal Defect or ASD - Animation
Animation and slides of 'Atrial septal defect (ASD)' illustrating the dynamics and treatment of the abnormal hole in septal wall of upper chambers of the heart.
READ MORE 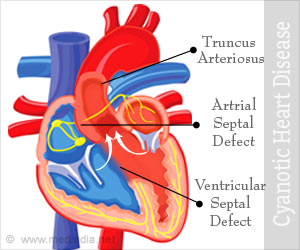