French chemist Louis Pasteur was the founder of microbiological sciences. Born in Dole, France, Pasteur received his scientific education at the Ecole Normale Superieure in Paris. 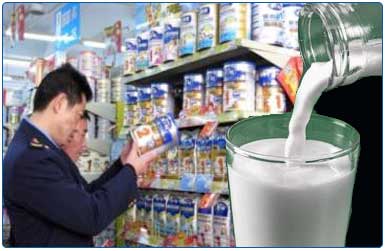 Pasteur's studies of fermentation began in Lille when he was approached by an industrialist disturbed because undesirable products often appeared during the fermentation of sugar into alcohol by yeast. Pasteur postulated that these products came from microscopic organisms other than yeast and suggested that each particular type of fermentation was the effect of a specific microorganism, called the germ. He soon illustrated this revolutionary theory with brilliant studies on the conversion of sugar.

Pasteur claimed that types of microbes could be separated from each other by proper techniques, and could be shown to differ in nutritional requirements and in their susceptibility to antiseptics. He also suggested that just as each type of fermentation was caused by a particular type of germ, so it was with many types of diseases. Pasteur became preoccupied with the origin of microorganisms and demonstrated that each microbe is derived from a pre-existing microbe, and that spontaneous generation does not occur.

Latest Publications and Research on Pasteurization of Milk

Impact of the Study >>

its much better drink pasteurized milk so as to e away from milk born diseases i like and i m at muhimbili university study milk processing.

Anton van Leeuwenhoek was the father of microbiology

Haha, I was about to type what ZenZappa wrote and I scrolled down and saw your comment. Yes, this page is mislabeled. Antony [Anton] van Leeuwenhoek IS the Father of Microbiology because he was the first to discover the existence of protozoa and bacteria.

I need to pastries small quantity of camel milk. Where you think I can find small pasteurization equipment for sure High temperature short time type?.

Why do you need it?

Cows Milk
Encyclopedia section of medindia explains about the consumption of cows milk, which dates back to about 6000 to 8000 B.C.

Calcium and Vitamin Supplements
Calcium and vitamin supplements are taken to provide the body with the ''''required'''' nutrients. Calcium is a mineral found in many foods. Vitamins are very important nutrients for the body.