Risk factors and Symptoms of Paget's disease of the breast

Risk factors and Symptoms of Paget's disease of the breast

The exact cause of the disease is unknown but certain women are at a higher of breast cancer. They are:

Age: women above 50 years of age are at a high risk of suffering from breast cancer, which can be a cause for predisposition to Paget's disease.

Family history: women with several close relatives with breast cancer at a young age are at a higher risk of developing breast cancer but it is not necessary for them to choose a radical surgery to remove their breast as a preventive measure. Because it is proved that some of them would not have got breast cancer even if the breast (or breasts) were not removed.

Obesity: Overweight was also found to be linked with the development of breast cancer among older women. 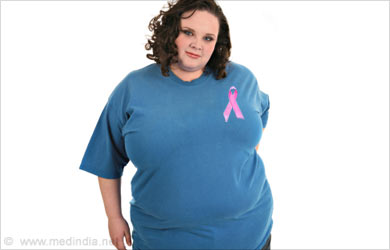 Genetic alterations: Changes in certain genes like BRCA1, BRCA2, and others increase the risk of breast cancer among women.

Late childbearing: Women who have their first at the age of 30 or later have an increased risk of developing breast cancer

Alcohol: Some studies show that there is a slightly higher risk of breast cancer among women who drink alcohol.

Radiotherapy: Women whose breasts were exposed to radiation at a younger age especially for the treatment of Hodgkin's disease are at a higher risk of developing breast cancer.

Most women who develop breast cancer have none of the risk factors listed above, other than the risk that comes with growing older.

Symptoms of Paget's disease of the breast

Early symptoms of Paget's disease include itching, pain and burning sensation. These prompt the patients to seek medical advice. 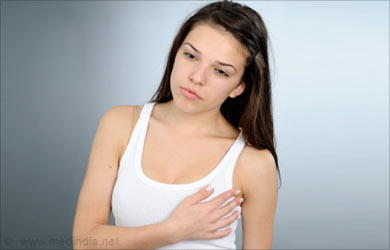 The common symptoms are:

Usually only one nipple is affected although rare cases of involvement of both nipples has been seen. Several noncancerous conditions can also mimic the symptoms of Paget's disease of the breast.

<< About
Diagnosis and Treatment of Paget's disease of the breast >>

Error in this statement?- is 9% survival after 5 yrs supposed to say 90% "The survival rate of patients without palpable breast mass is 9% after 5 years and 80% after 10 years"

Breast Cancer Management: Advances The crab that invades the breast is no more a fear factor with all the advancements that medical science and customized protocols can fight breast cancer. the recent developments in the management of breast cancer.

Women and Cancer Cancer is one of the frequently talked about and most feared disease that falls under the genre of lifestyle diseases that have evolved, rather rapidly, in the past two decades.