What is Osgood-Schlatter Disease?

The knee is an important joint of the lower limb that connects the thigh bone and the main leg bone or the tibia. The tibia has a small prominence in the front on its upper aspect called the tibial tubercle. As with other bones, it is cartilaginous first, and then ossifies to form bone through a secondary center of ossification. It joins the tibia during adolescence. Such a type of bony projection of a main bone is called an apophysis.

What are the Causes of Osgood-Schlatter Disease?

Osgood-Schlatter disease occurs due to repeated bending and stretching of the knee joint, as in young athletes. The repeated movement creates traction and stress on the bone that has not yet completely ossified and fused to the main bone. The stress may cause micro fractures, which may heal with excess bone formation, resulting in the tibial tubercle becoming more prominent. The rapid growth noted in adolescents who are particularly affected at this age is also a likely contributing factor to the development of the condition.

What are the Symptoms of Osgood-Schlatter Disease?

How is Osgood-Schlatter Disease Diagnosed?

Diagnosis of Osgood-Schlatter disease is based on history and physical examination of the patient. Ultrasonography helps identify this condition in the early stage. An x-ray may sometimes be taken to rule out any other condition that may produce similar symptoms.

How Do You Treat Osgood-Schlatter Disease?

Osgood-Schlatter disease usually subsides as the child or adolescent grows up and the bone gets fused, and therefore may not require any definitive treatment. Management is usually conservative and involves rest, application of ice and specific exercises. Anti-inflammatory drugs like NSAIDs, physiotherapy, techniques such as electrical stimulation are employed for control of inflammation and pain.

Short term measures that may be suggested include the following:

People who have attained skeletal maturity may require surgical excision, but this is rarely indicated. Chronic cases that have failed to respond to other measures may benefit from surgery. 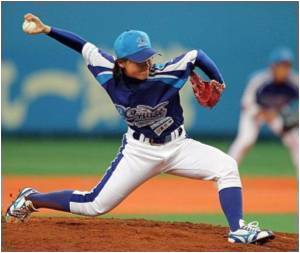 Specializing In One Sport Could Increase Injury Risk In Kids
Young athletes are under increasing pressure to play only one sport year round, but such specialization could increase the risk of injuries, a study has found.
READ MORE