Eating disorders such as bulimia and anorexia became a pre-occupation in the nineties, partly fueled by a fascination with Lady Diana and her cult following.

The trouble in our times is the proliferation of excessive selectivity in diets. The term orthorexia is used by some eatingdisorder specialists to describe an unhealthy fixation with healthy eating. While not an officially recognized disorder, it is similar to several serious diagnoses. Like anorexia, it often involves severe weight loss, but so-called orthorexics are obsessed with food quality, rather than quantity, and strive for personal in their eating habits rather than for a slim physique. While Anorexia deals with quantity of food consumed Orthorexia deals with the quality of food. 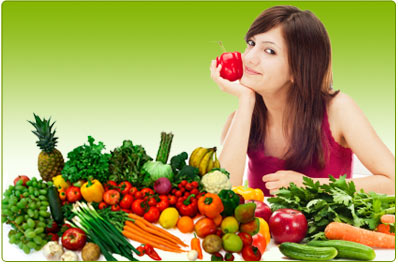 Orthorexia is perhaps the most extreme manifestation of food faddism, presently rising to the surface of health awareness. Implicit in the description are traits that resemble obsessive-compulsive disorder, since sufferers devote excessive attention to their own strict rules and often spend hours each day worrying about tomorrow''s meals. Such a person may find himself socially isolated because he doesn''t indulge in everyday dishes. If your focus on healthy eating is interfering with your happiness and social life you might have a problem.

In a quest to cure themselves of a specific disorder, or simply just taking healthy eating to extremes, orthorexics develop their own increasingly specific food rules. Well known psychologist, Dr. Anjali Chabria is of the opinion, Working out how to stick to their self-imposed dietary regimen takes up more and more of their time and they are compelled to plan meals several days ahead. They tend to take a survival kit of their own food with them when they go out, as they cannot eat readily available foods for fear of fat, chemicals or whatever their particular phobia might be.

As a child I grew up always feeling hungry. My mother was very particular about the food served in our house. She was a complete health food freak. When I was ten years old she seized butter, cheese, ice creams, sugar, chocolates and even oil from my diet until one day I fainted in school due to extreme low pressure. To day when I came to know about orthorexia I realized what my parents had suffered from. So, when I became a mother I made it a point never to get obsessed with health food when I am giving food to my children, says Alankrita Sharma, mother of twelve year old kid.

The word Orthorexia was coined in 1997 by Colorado alternative medicine specialist Dr. Steven Bratman. He coined this term in an article called Health Food Junkie in the Yoga Journal. It plays with ortho, meaning straight and correct, and orexia, which is appetite. Orthorexia Nervosa deals with quality of food.

Orthorexics have a tendency to spend a lot of time planning, purchasing and eating meals. Dr. Anjali Chabria says, If you simply eat healthy food, but dont give it more of a place in your life then is really due, you have a good diet- a laudable goal. But when you use food to drain away the energy from other parts of your life, you are impoverishing your soul. Instead of dealing with your real feelings-your real challenges, interests, desires and needs- you pretend to find them in food. You transfer anxiety over how your life is going, to anxiety over what you are going to eat.

Depression Depression is one of the most common mental disorders affecting approximately 340 million people in the world. No one is immune from depression - it occurs in people of all social classes, all countries and all cultural settings.

Anxiety Disorder Anxiety disorder involves excessive worry about actual circumstances, events or conflicts. Anyone can develop this disorder. Genes may play a role.

Quiz on Anorexia / Bulimia Anorexia Nervosa - is it a psychological disorder , or simply an eating disorder gotten out of hand? And how does it differ from Bulimia Nervosa? Participate in our anorexia quiz to find out how well you understand this condition; learn its ...

Anorexia or Bulimia Screening Test Do you binge-eat secretly most of the time? Or do you feel so guilty after eating that you badly want to self-induce vomiting and get the food out. Check out if you are a victim of eating disorder.