AIDS and the mouth

The mouth is the first area where the AIDS virus presents striking signs. Some of the conditions exclusively associated with AIDS are as follows:

This condition is exclusively AIDS-related, and is a 100 per cent sure sign that the individual has begun to develop the full-blown version of the disease. Typically, Oral Hairy Leukoplakia (OHL) occurs on the lateral borders or on the sides of the tongue. It is a white lesion without any borders that cannot be rubbed off even by vigorous efforts. OHL can also occur on the palate, the cheeks, or the lips, but such instances are very rare. It is estimated that an individual who has this condition will develop full-blown AIDS within 31 months after the condition first arises.

Candida is a fungus that forms a normal part of the oral flora. The diminished resistance and the reduced overall immunity in AIDS trigger its proliferation to high levels to cause Candidiasis, a fungal infection in the oral cavity. This condition is present in 90 percent of AIDS cases. The infection can occur either on the hard or the soft palate, or the tongue. Sometimes it also occurs at the corners of the lips leading to crusting of the area. On very rare occasions, it can occur on the cheeks.

Kaposi's Sarcoma is a malignant tumor that occurs most often on the palate and on the gums. It is again a diagnostic feature of AIDS. It occurs almost exclusively in homosexual males, and the male: female ratio is 20:1. The condition is usually painless and takes on a brownish or a purple hue after sometime. Most often Kaposi's sarcoma is present only in the mouth.

In most cases of AIDS, there is increased pigmentation in the oral cavity. The areas affected in succession are the gums, the tongue and the palate. Most often drugs like ketoconazole and zidovudine are responsible for this condition. The pigmentation is usually brownish-black in color.

Oral cancer refers to abnormal growth of cells that are malignant in nature in the oral cavity. Test your knowledge on oral cancer by taking this ...

Side Effects of Drugs that Affect Your Teeth and Gums

Medications can affect oral health. Some drug-induced adverse effects are tooth decay, and swelling of gums. The dentist must diagnose and treat the conditions on a case-by-case basis. 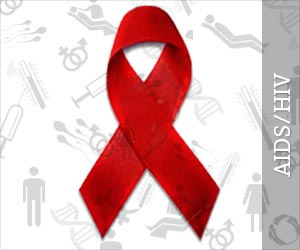 Drugs for Oral Health And AIDS

Abacavir is an antiviral drug used to treat AIDS/HIV infection by acting on the enzyme called reverse transcriptase. ...

This medication is a synthetic (man-made) anti-viral and antiparkinson agent, prescribed for Parkinson's disease and also ...

This medication is a protease inhibitor, prescribed for human immunodeficiency virus (HIV) infection in adults that slow the ...

This medication is a potent nucleoside analog reverse transcriptase inhibitor (nRTI), prescribed for HIV/AIDS, and hepatitis ...

This medication is a nucleoside analog reverse transcriptase inhibitor (NARTI), prescribed for ...