Bleeding from one or both nostrils is known as epistaxis or nosebleed. Bleeding usually occurs in one nostril.

Nosebleeds are common due to the location of the nose on the face, and the presence of large amount of blood vessels in the nose. Any trauma to the face can cause bleeding from the nose. The incidence of nosebleeds is higher during the colder winter months when upper respiratory infections are more frequent, and the temperature and humidity fluctuate more dramatically.

Recurrent nosebleeds may be a symptom of underlying disorders such as high blood pressure or bleeding disorders.

Significant cases of nosebleeds occur with no obvious cause. The most common cause of nosebleed is drying of the nasal membranes, thereby leading to crust formation. These crustsbleed when irritated by picking or blowing the nose.

Most nosebleeds can be treated at home. However, consult a doctor if bleeding cannot be stopped or there has been heavy blood loss. A doctor may use nasal packs or cauterization when conservative measures fail.

Latest Publications and Research on Nosebleed

More often Nose bleeds subsides when one employs methods such as pinching the nose while breathing through the mouuth for few minutes and also applying ice to the base of the nose forehead and chicks.. However, in an event where the bleeding persists, you must seek medical advice as soon as possible. If it is the first time in your life that you bleed, your doctor may investigate you for common diseases associated with nose bleed.eg. Hypertension.

summer is a very exciting part of thec year here in the Philippines...but then it summer really worry me a lot. i am allergic to fumes, dust, unpleasant odor, etc...and I can't stand the heat, I get nosebleed several times until summer ends, usually I get nosebleed when I have fever or not feeling well or about to have fever...it's so expensive to put our air conditioner on for even half a day...what to do?

A couple of years back, we got a free sample of a nosebleed treatment. I don't remember what it was called, but it was basically a reddish-brown powder that was applied up the nose with a little Q-tip like stick. It worked amazingly well, but I have been unable to locate it since. Has anyone heard of this stuff or seen a website that might have it? My son is now 14 and still has horrible nosebleeds with no effort involved. I would hate to have to subject him to cauterization. There must be something out there to help. Thanks.

It is a series of products to aid in bleeding, with a specific product for nosebleeds. It says you can't order it online but can search for retail carriers of it. I'm gonna go try and find some for myself a.s.a.p!

regarding nosebleeds. I have recently tried something that actually works and works very fast.
its is a product by a company called Z-Medica. The product is Nosebleed Hemostatic Gauze. It cost about $11.00 a box. The stuff is great. you can buy it on line at www.quikclot.com 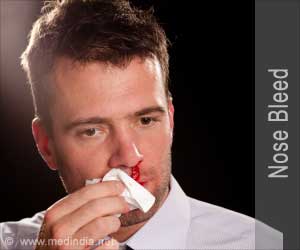 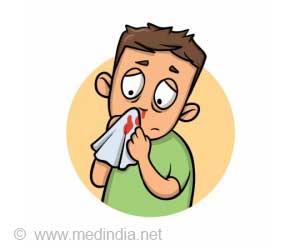 Quiz on Nosebleed
Nosebleeds are common problems that often occur during dry climates. The condition is usually minor and stops with some first aid. Here is a quiz to help you understand more about ...
READ MORE