It is caused by the encysted larval stage of the "Pork Tapeworm" (Tenia solium).

Neurocysticercosis is more comon in developing countries and is endemic in Mexico and Latin America, sub-Saharan Africa, India, and East Asia.

It has been widely reported in India, more so from the northern parts, and is one of the leading causes of pediatric epilepsy.

Neurocysticercosis is a far more important public health problem than human tape-worm infestations. It is endemic in certain communities and regions of the world due to poor sanitation, use of sewage for fertilizer, and poor breeding methods of the pigs.

Contrary to popular belief neurocystericosis is not exclusive to pork eaters and the incidence among vegetarians is high, especially salad eaters.

Generally tapeworm are parasites that reside in the intestinal tract of human beings. They are long, flat worms that have a head armed with suckers and hooks. Tapeworms can sometimes grow as much as 15 to 30 feet or 10 meters in length and the largest tapeworms grow up to 59 feet or 18 meters. There are variety of these worms that infect human beings and they include:

World Health Organisation(WHO) estimates that almost 50 mllion people worldwide are infected by tapeworms and of these 50,000 die due to the disease every year.

The pork tapeworm infests the brain and cause neurocysticercosis. Its prevalence in some of the developing countries exceeds 10%. In these regions it accounts for up to 50% of cases of late-onset epilepsy.

Adult onset seizures or epilepsy is twice as common in the developing regions of these countries as in industrialized countries such as the United States.

There is no sexual predilection for the worm infestation. It is unusual for the disease to manifest in a child due to the long incubation period of the worm.

Latest Publications and Research on Neurocysticercosis

how can we remove the cyst from the brain?

Hi. Is anyone is this group in the USA? It's very rare here, so I cannot find any helpful doctors.

New York has several doctors who have been doing research on these health problem. Google Dr. Christina Coyle from Jacobi Hospital. She has done researches and has experience with this infections. Heads up, the treatment is heavy and long. I am suffering the struggle of this problem too. I had a brain surgery and that was easier than the medications. Good luck

My brother also had same problem. He had diagnosed with same problem last year in January and yesterday he had got same symptoms again. We had a full dose for the treatment for 18 months, as doctor said.
But now we are shocked to see the symptoms again. Please note we are vegetarians and still faced this problem.

Can anyone tell us:
1. some of the good experts. Currently we are referring to Mr Sunil Mallik [Neurologist], Dr Kawre etc.
2. Is this problem cures permanently or one has to take medicines throughout life?
3. Is there any specialist/hospital for this who can guide in better way?
4. What about other ways to cure?..Homeopathy?, Ajmer baba etc?

My father is suffering from Nuerocysticercosis since the last 9 months. He was on Albendazole twice for about 3 weeks each time. The number and size of the cysts have gone down to about half but some still exists. The doctor is careful and does want to overdose him on Albendazole but my father has the episodes of memory loss every few months. What other options do we have for his treatment? Also, can we share the Nuerosurgeon/Nuero doctors names and info here so that other people can benefit from them. My father is currently being treated by Dr. Mahendra in MS Ramaiah hospital in Bangalore.

I am 25 yr girl. My testosterone is very high. I have fecial hair problem reason for it hormone. Its my major problem in my life. I take doctor's treatment but I am not satisfy, never any changes in my testosterone.

Anyone suffering from Neurocysticercosis please note

me Mamta Thakur, I am suffering , seizures, nausea, doctors said 3 years of medication and if things at last after 3 years will be surgery, than someone told me about the below mention person, within half hour he took out 3 worms with the cyst and the outer shell of the worms from my rain, medication is on going as he said there is net in ur brain so in ur brain so it will take 3 months but with my own eyes and without any pain literally saw the 3 worms, shell and the cyst.

non of the doctors, neuro science is and will be believing this but for those who are suffering we know the pain the worst feeling and as we try everything lets also try this one too.. 1000 of proves are there of living persons who got healed.

Have faith in God...

can u please let me know the place where to visit in ajmer, my sister is also suffering from same problem, i have heard about baba in ajmer but didn't know the place ... please help

Arachnoid Cysts
Arachnoid cysts are intracranial (brain) and spinal cysts. They are either caused by birth defects or by infections or trauma. Headache, enlarged head, limb pain are some of the symptoms.
READ MORE 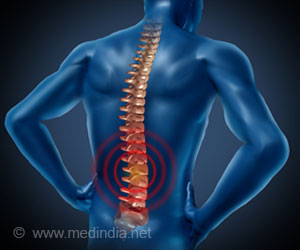 Arachnoiditis
Arachnoiditis is a rare condition where the arachnoid mater and associated structures covering the brain (meninges) become inflamed due to several factors.
READ MORE