What is Nervous Tic?

"When such a topical intermittent infests the head or face, as it often does, there is as exquisite an anguish suffered as from any distemper to which the body is subject, if we may judge by the expressions of it, which are wrung from the most patient tempers." - William Heberden, 1802

Trigeminal Neuralgia or tic douloureux is one of the most painful nervous system disorders that affect the face. Neuralgia is basically an "acute, severe, intermittent pain that radiates along a nerve." The nerve in question here is the trigeminal nerve, which is the fifth cranial nerve and is the chief nerve of the face. It supplies face, jaw, gums, forehead, and area around the eyes. From these areas impulses of touch, pain, pressure, and temperature are sent back to the brain via the nerve. The nerve is bilaterally distributed, meaning that each side of the face has its own trigeminal nerve. In many cases of trigeminal neuralgia only one side of the face is affected, but it is not rare for both sides of the face to be involved in the neuralgia.

Trigeminal neuralgia was thought to be related to tooth ache in the initial years. This was because of the close relation of the nerves to teeth. But when extraction of numerous teeth failed to relieve the symptoms, doctors were forced to accept that there was some other factor at work.

Periodontal or gum disease was also suggested as a possible link with the disease, but was never substantiated.

Another factor that was thought to play a crucial role was a faulty interlinking of teeth of opposing jaws, a condition called as traumatic occlusion.

Some authors suggested that the degeneration of the nerves of milk teeth was somehow related to this condition.

The appearance of Trigeminal neuralgia in young patients has been linked with a condition called multiple sclerosis. This is true in 1 percent of all cases, according to Henderson.

Trigeminal neuralgia (TN) is an uncommon disease worldwide and is believed to affect only about 155 persons in a million people.

It does not show any predilection for any age and can occur at any time during one's lifetime. However the occurrence in very young persons does raise the possibility of multiple sclerosis.

Male to female ratio is 2:3 meaning with females more likely to be affected than males.

What are the Symptoms and Signs of Nervous Tic?

By some strange quirk, the right side of the face is more affected than the left side.

The episodic pain begins when a "trigger zone" is touched or felt. Cases of the pain beginning when shaving or even splashing water on the face are documented in literature. Sometimes even a light breeze or smiling might trigger the painful episode.

The pain after a trigger zone is activated is of a severe nature and is described as either a stabbing or a burning type.

Each episode of the attack lasts for some seconds to several minutes.

In fact the pain is so intense that patients do not undertake normal activities for the fear of provoking another episode.

Some of the trigger zones are the areas around the lips, eyes, corner of the lower jawbone and area near the ear.

How to Diagnose Nervous Tic?

Diagnosis of trigeminal neuralgia is usually based on the symptoms. Sometimes a MRI is done to rule out the presence of tumors near the nerves.

How do you Treat Nervous Tic?

There are two treatment approaches. 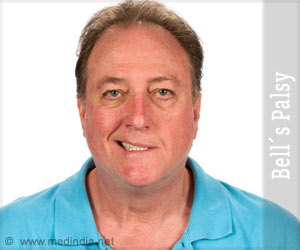 Bell's Palsy
Bell''s palsy is facial nerve disorder that causes weakness of the muscles on one side of the face. Its cause is unknown but most people make a full recovery within 8 to 12 weeks.
READ MORE 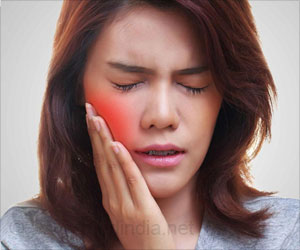 Rhizotomy - Surgical Procedure
Rhizotomy is a surgical procedure that involves ablasing or cutting the sensory nerve roots. It is used in conditions like trigeminal neuralgia and cerebral palsy.
READ MORE