Neonatal Abstinence Syndrome is a condition where babies experience withdrawal symptoms following the use of addictive illicit or prescription drugs either by the mother or when these drugs are prescribed for the baby itself. Most commonly, it is due to the use of opioids, but other drugs can also lead to this condition.

Neonatal abstinence syndrome is a withdrawal symptom in babies caused due to the use of drugs such as opioids, methadone, barbiturates, fentanyl, diazepam or other narcotics.

There are two types of neonatal abstinence syndrome. The first type is Prenatal,that is, it occurs due to use of drugs by the mother during pregnancy. The foetus becomes drug dependant and experiences withdrawal symptoms afterbirth, when exposure to the drug is suddenly stopped.

The second category is Postnatal which follows the use of drugs for the baby in situations like emergency mechanical ventilation thatrequires analgesia. Fentanyl is the most common analgesic used in newborns; It can cause neonatal abstinence syndrome if it is suddenly stopped.

Drugs which are frequently implicated in the occurrence of Neonatal Abstinence Syndrome include:

Symptomspresent within first two days after birth in case of the prenatal type, butmight even present 10 days after birth. They can last from 1 week to 6 months after birth depending on the severity of the exposure of the baby in the womb.Symptoms of neonatal abstinence syndrome can be categorized into three classes depending upon the system affected. The following are the different systems affected.

4. Piloerection or standing up of hair

Apart from withdrawal symptoms in the infants, there are the possibilities ofdeveloping other complications due to exposure of the drug in the mothers womb-

One hasto also remember that in pregnant women who indulge in drug abuse, the chances of using multiple drugs is fairly common. Hence, the risk of developing growth complications is higher. Other risks in such mothers include passing on HIV/AIDS infection to their babies, more so if they are IV drug abusers.

Preterm babies experience withdrawal symptoms of lesser severity due to smaller duration of exposure to drugs in comparison to full term or near term babies.

Parents must be Very careful.. this article will give real alert to parents who consume drugs 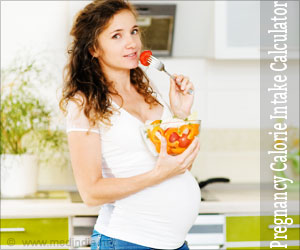