What is Nasal Polyp?

A nasal polyp is a non-cancerous outpouching of the mucous membrane of the paranasal sinus into the nasal cavity. It produces symptoms like feeling of obstruction, changes in voice etc. and may require surgical removal.

The inner lining of the nose consists of a layer of mucus membrane. The lining extends into the paranasal sinuses, which are hollows in the facial bones surrounding the nose that open into the nose. The maxillary sinuses are located in the cheekbones, the frontal sinuses in the forehead bone close to the nose, the ethmoid sinus in a bone between the eyes, and the sphenoid sinus just behind it. Infection of the sinuses is called sinusitis, which is a common condition affecting several individuals.(1✔ ✔Trusted Source
Nasal Polyps

Nasal polyps occur when the mucus membrane from the sinuses protrude into the nose through the sinus openings. They are of two types:

What are the Causes of Nasal Polyp?

The exact cause of nasal polyp is not known. Patients with nasal polyps usually have a condition called chronic rhinosinusitis, an inflammation of the nose and paranasal sinuses for at least 3 months. Some of the suggested causes of nasal polyp are:

Several conditions increase the chances of developing nasal polyp. These include: 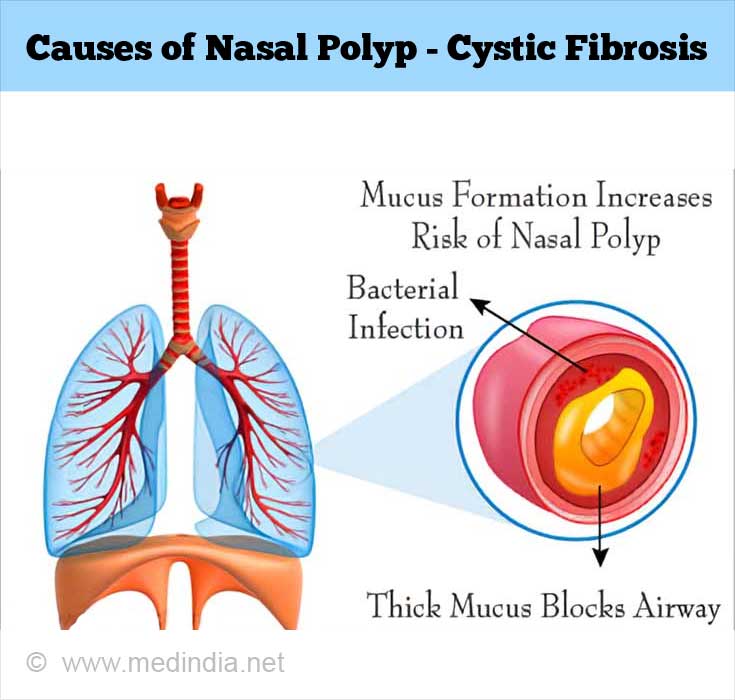 What are the Symptoms and Signs of Nasal Polyp?

Symptoms and signs of nasal polyps include the following: 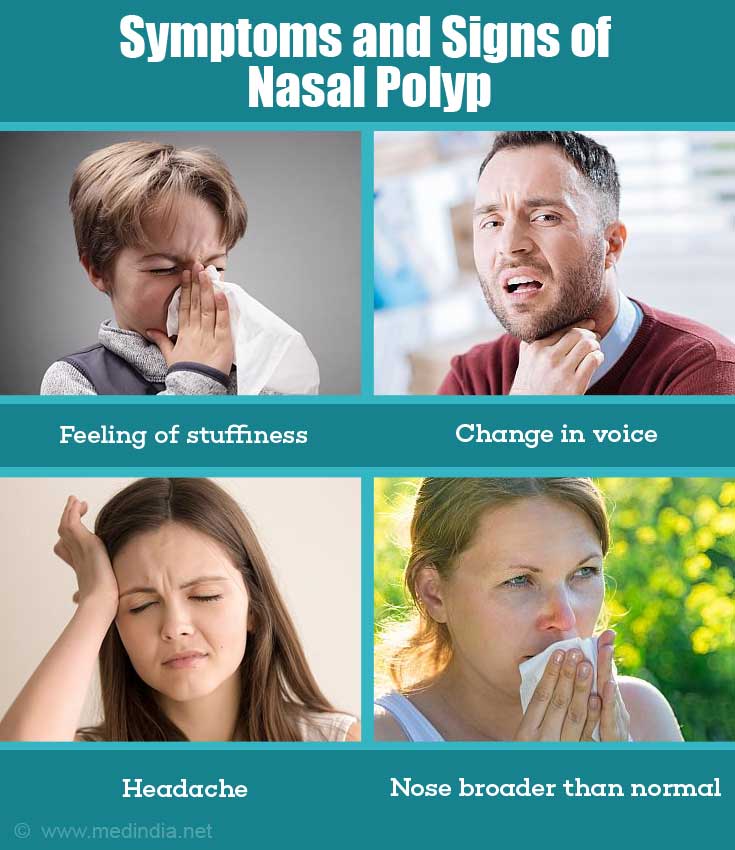 How is Nasal Polyp Diagnosed?

Diagnosis of nasal polyp is based on physical examination with a rhinoscope.

Imaging tests like CT scan or MRI scan are commonly used in the diagnosis of the nasal polyp and to study its extent. Tests for suspected underlying conditions like cystic fibrosis should also be done. Allergy tests may help to detect underlying allergy.

How Do You Treat Nasal Polyp?

Medications: Anti-allergy medications may help to treat nasal polyp in the early stages. Ethmoidal polyps respond well to medications. Steroid nasal sprays and antihistaminic medications are used, which help to control the allergy and thereby treat the polyp. Antibiotics may be used to treat the infection.

Surgery: Nasal polyps may be removed through surgery under general or local anesthesia. Procedures that are commonly used to remove nasal polyps include the following: 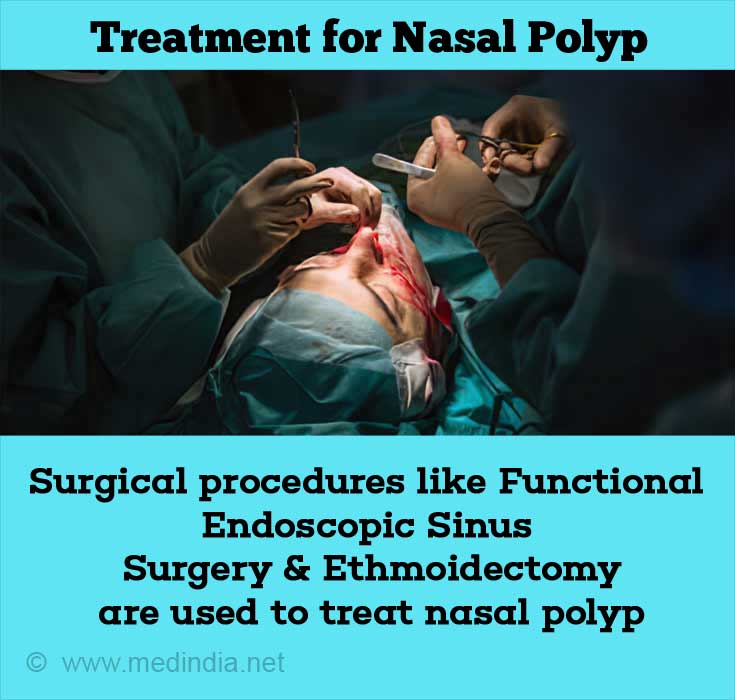 When I sleep on my right side, it becomes difficult to breathe through my right nostril. Flipping over to my left slide alleviates the problem after about five minutes. Could this be a polyp?

Causes of Anosmia Respiratory infections, sinusitis, and head trauma are the most common causes of anosmia. About 14 to 26% of all presenting cases of hyposmia or anosmia are due to upper respiratory tract infections.

Nasal Discharge Symptom Evaluation The cause of nasal discharge can be identified based on the type of discharge. In some conditions, the mucus production increases and manifests in the form of a running nose.

How to Choose the Best Eczema-Friendly Moisturizer for Children?