Multiple Myeloma (MM) is a rare type of cancer that affects plasma cells, which are a subtype of white blood cells. It accounts for slightly more than 10% of hematological malignancies. Although incurable it is a treatable condition. Current research is bringing new hope of cure for the patients and better management techniques to help them better cope with this disease condition. 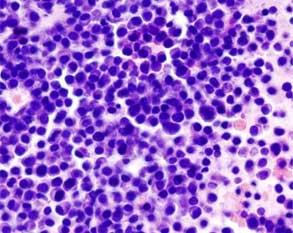 Multiple Myeloma caught public attention when model turned actress Lisa Ray, who worked in Deepa Mehtas Water, declared that she had the incurable Multiple Myeloma. Not so long ago the disease had caught the worlds attention when there were reports that some of the responders who worked at ground zero, immediately after the 9/11 attacks developed MM; several of them were below the age of 45, breaking the conventional belief that it was a disease of the old age.

Recently there appears to be an increasing incidence of the disease and at an earlier age of onset. It is more common in men than women. The average age at diagnosis for men is 62 years while for women it is 61 years. The vast majority of the diagnosed were below the age of 45.

To understand MM it is important to understand a little more about the normal blood cells.

The blood cells comprise of 

Each of these blood cells originate from the stem cells of the bone marrow. In a normal person old blood cells die and are replaced by new ones. But, in the case of a patient with myeloma, a malfunction in the stem cell precursor of plasma cells leads to an abnormality and this abnormal cell divides several -fold to form a tumor. With time, the abnormal Myeloma cells, which produce the M antibodies, take over the entire bone marrow.  The interaction between the plasma cells and the bone marrow microenvironment is as important a reason as the genetic changes, in the formation of myeloma cells.

Myeloma cells produce cytokines and growth factors that help it to proliferate. It decreases the bodys immune response by inactivating the immune system to ensure its survival.

Multiple Myeloma is the most common of all plasma cell tumors. As the tumors grow, they invade the solid tissue or the hard outer part of the bone. Usually, the myeloma cells find their way into the cavities of the bodys large bones forming multiple small lesions -which is why the cancer is known as "multiple" myeloma.

Multiple Myeloma is not contagious; it can be treated, and its symptoms managed. 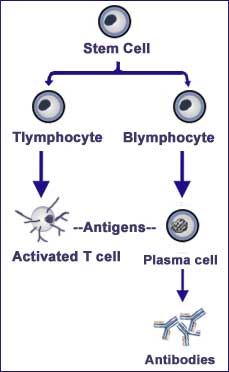 my sister is suffering with multiple myeloma Stage 3 - A she is hospitalised from last 20 days and not able to move from the bad. and also daily one complication is there , she is eating very little quantity.she get harpis also, with the cama she is feeling sleep all the time also hyper by nature, swelling on face and on stomach,pl. reply.

Dear Neelam
Give to her Aloe Vera Gel and Pomesteem Power of only Forever Living Product company which is American based no.1 nutritionist company. Never take any Indian Aloe Vera.

Lisa Ray Says She Has Multiple Myeloma
Bollywood actress Lisa Ray has revealed on her blog that she has been diagnosed with an incurable form of cancer called multiple myeloma.

Acute Lymphoblastic Leukemia
Acute lymphoblastic leukemia (ALL) is the cancer of white blood cells characterized by excess lymphoblasts. It is the most common of all childhood cancers and can be fatal in weeks if left untreated.

Chronic Myeloid Leukemia
Chronic myeloid Leukemia is one of the most common types of blood cancer. It is characterized by excess of WBC stem cells in the bone marrow.

Indian Medical Journals Color Blindness Calculator Accident and Trauma Care Loram (2 mg) (Lorazepam) How to Reduce School Bag Weight - Simple Tips The Essence of Yoga Vent Forte (Theophylline) Nutam (400mg) (Piracetam) Daily Calorie Requirements Noscaphene (Noscapine)
This site uses cookies to deliver our services.By using our site, you acknowledge that you have read and understand our Cookie Policy, Privacy Policy, and our Terms of Use  Ok, Got it. Close