MRSA infection is caused by methicillin-resistant staph bacteria. Known as a superbug, MRSA treatment can be very challenging.

Methicillin-resistant Staphylococcus aureus (MRSA) - commonly known as Staph, is an infection- causing strain of Staphylococcus bacteria that is resistant to a range of antibiotics, particularly Methicillin.

Today outbreaks of MRSA infection is the most dreaded hospital or community acquired infection and can be a nightmare for a hospital or the whole community and a major public health problem.

Colonies of MRSA bacteria as seen under the Electron Microscope

The latter strains are slightly different to what first appeared in the hospitals. Although many clones of MRSA have appeared in different countries but the broad consensus is that there are 11 major MRSA clones within five groups of related genotypes.

Methicillin resistance in Staph bacteria has been found to be due to a (penicillin-binding) protein encoded by the Methicillin-resistant gene (mecA). This gene has, with time, continued to evolve and this has resulted in various strains of MRSA becoming resistant to different antibiotics such as penicillin, amoxicillin and oxacillin.

A 2009 research has revealed that many antibiotic-resistant genes and toxins are collectively transferred from one bacterium to another and this explains the speed at which antibiotic resistance develops in Staph bacteria earning it the dubious but awe- inspiring name of superbug.

At any given time different strains of Staph bacteria normally exist on the skin, or on the nose, of nearly one third of human population. However if the presence of the bacteria does not make a person sick then he is reported to be a carrier who is merely colonized and not infected.

Staph bacteria is harmless in most people but they may pass it on to others through shared items such as towels or clothing. The bacteria usually finds its way into a persons body through cuts or bruises.

In older people, or in those with low immunity, the organism can cause serious illnesses. Recently MRSA has been in the news for causing serious and even fatal infections in the young.

The majority of MRSA infections can be classified as HA-MRSA (hospital- or health-care-acquired) and CA-MRSA (community acquired).

Most MRSA infections occur in health- care setups such as hospitals, nursing homes and dialysis centers. They are known as health care-associated MRSA (HA-MRSA). This type of infection has been plaguing hospitals for several years now.

Another common form of MRSA includes community-associated MRSA (CA-MRSA) which is responsible for severe forms of skin and soft tissue infections and pneumonia. Healthy individuals succumb to an infection that generally starts off as pimple-like bumps, or boils, that quickly progresses into deep, painful abscesses that often require surgical draining. The jump of this superbug into the community from hospital was first noted in a sporadic outbreaks in prison inmates.

How did the bacteria that was mainly confined to the hospitals become rampant in the outside community? It is estimated that the excessive use of antibiotics has led to this form of resistance among the microorganisms.

MRSA infections are transmitted from one person to another by direct skin to-skin contact, clothing, athletic equipments or surfaces such as sink, utensils, bench or bed, utensil, that have been touched by an infected person Cellulitis, pus-oozing wound or an abscess is often the first symptoms of MRSA infections. During the initial stages, the MRSA-induced infection may look like a boil or a pimple on the skin which may spread to a larger part of the skin, become inflammed and ooze pus.

If the bacteria, which is usually confined to the skin, eventually penetrates the body it could lead to a potentially life-threatening infection in the blood, bones, joints, heart valves and lungs.

MRSA diagnosis is brought about by culturing the organisms in a microbiology lab and testing them for antibiotic resistance. A complementary genetic test is also currently available.

Treating MRSA infection is a massive challenge because MRSA is resistant to a range of antibiotics. Therefore an antibiotic susceptibility test must be carried out each time to choose the appropriate antibiotic therapy.

CA-MRSA can usually be treated by a few antibiotics such as Vancomycin, Linezolid or Daptomycin but now the bacteria is showing signs of resistance to these drugs as well!

Staph bacteria and its variant MRSA- are universally prevalent and they are not easy to destroy. The bacteria has become more popular recently due to the several deaths it has caused among the healthy teen- age athletes who were otherwise healthy.

Although managing and preventing these micro organisms is a challenge in itself, it is not impossible if proper hygiene practices are followed.

Most cases of CA-MRSA begin as cut, or a skin infection. Therefore it is important to be vigilant regarding skin problems (especially in children), and look out for those pimples, minor cuts, scrapes, insect bites. Consult a doctor in case of infection.

Latest Publications and Research on MRSA - The Super Bug

i got a very bad attack of mrsa in kings college,the 5 listed drugs listed below i dont re-call the name of any.i still have some paperwork regarding this bug, 3days after the operation i was moved to a side ward,but i was told nothing at all about me contacting this disease only they put me in this ward for a bit of peace n quiet,nowt else was said to me at all i am verty annoyed about it all, i left it to late to lodge a claim even though all tests showed i was fit to have the operation.

it is nice article it helps me in doing project 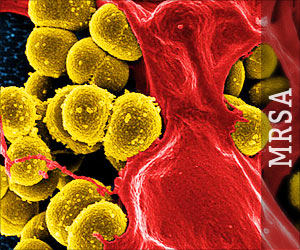 Quiz on Methicillin Resistant Staphylococcus Aureus (MRSA)
Antibiotic-resistant bacteria can cause serious infections and are often difficult to treat. Here is a quiz on one such type of bacteria called ...
READ MORE 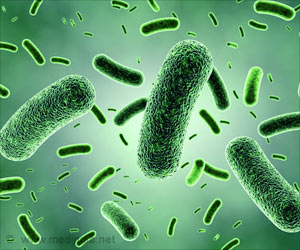 Hospital Acquired Infections
Hospital acquired infections (HAI) are acquired by patients and health personnel alike in a hospital setting. HAI can be life-threatening and need to be promptly diagnosed and treated. Major causes are bacteria, with fungi and viruses playing a ...
READ MORE

Drugs for MRSA - The Super Bug