Monkeypox is a rare zoonotic disease caused by the monkeypox virus, which belongs to the group of Orthopox viruses. The Orthopox viruses also include the Vaccinia, cowpox, and Variola or small pox viruses. The monkeypox virus was discovered at the State Serum Institute in Copenhagen, Denmark in 1958 in a colony of monkeys that had pox-type of infection. The first confirmed human monkeypox infection was reported in 1970 in Democratic Republic of Congo in a child of 9 months. The infection is common in the Democratic Republic of Congo; Central and West Africa and Sudan are places where this infection has been reported. The infection has once occurred in the United States, as well in 2003, when an outbreak of monkeypox was reported in humans. The infection was caused by pet prairie dogs which were kept together with a shipment of an infected rodent from Ghana.

The characteristics of a monkeypox infection are similar to those of a varicella or smallpox infection. Monkeypox is known to spread via contact with infected animals or their bodily secretions, fluids, or lesions. The mortality rate is low and if death occurs, it is in the second week of infection.

What are the Causes of Monkeypox?

Monkeypox spreads from infected animals or humans to other humans through respiratory excretions, saliva, contact with lesions, or crusts on the lesions. Transmission of infection could also possibly occur through the placenta from mother to the child or even through inoculation.

What are the Symptoms and Signs of Monkeypox?

The signs and symptoms of a monkeypox infection are very similar to those of smallpox.

The incubation period of a monkeypox infection, that is, the time from the initial infection to the first appearance of symptoms, ranges from 7 to 28 days. The symptomatic stage consists of 2 phases:

Invasion period: This is the phase of 1 to 4 days before the appearance of the rash. The patient suffers from symptoms like fever that ranges from 38.5ºC to 40.5ºC, back pain, headache, muscle pain, swelling of lymph nodes (lymphadenopathy), headache, sore throat, and lack of energy.

The one characteristic that distinguishes monkeypox from chickenpox or smallpox is the presence of lymphadenopathy.

The skin eruption period: In the skin eruption stage, rashes occur predominantly on the face, on the soles, palms, and the rest of the body including the mucus membranes. The rash occurs in hundreds to thousands. It begins as small lesions that become blisters and eventually get filled with pus. Finally, crusts appear on these blisters. It takes 3 weeks for the entire rash to disappear. The patient is infectious in the first week of developing a rash.

The rash can also cause some complications. Lesions in the eye can cause permanent vision loss and corneal scarring. Rash in the oral membrane can cause a lot of difficulties in drinking and swallowing. The skin becomes swollen, painful, and stiff. Encephalitis is also a rare complication associated with monkeypox.

How to Diagnose Monkeypox?

To identify the monkeypox virus, a swab from the crust or the secretion of a lesion can be obtained without any effort. The samples can be stored in a cool, dark place in the absence of cold storage in resource-deprived areas.

Immunohistochemistry and electron microscopy are technical ways to confirm the diagnosis. Quantitative PCR techniques have proved to be reliable in detecting the virus. However, these techniques are unavailable in rural areas in Africa, where the disease is present, and therefore are not of much use in diagnosing monkeypox.

A new technique called the Tetracore Orthopox Biothreat Alert, offers a possibility of potentially cultivating and identifying the virus in culture plates. This will be useful in resource-deprived areas of infection since it does not require a great deal of expertise. Stringent temperature conditions are not required to perform the test.

What are the Treatments for Monkeypox?

ST-246 prevents the release of the virus from the cell and is shown to be effective in controlling the infection of several Orthopox viruses. It has not been licensed to treat monkeypox infections but is partially used to treat other Orthopox virus infections.

Cidofovir disrupts viral multiplication by inhibiting an enzyme involved in virus multiplication. However, the drug is toxic to the kidneys. It is provisionally allowed to treat other Orthopox virus infections.

CMX-001 is a modified cidofovir compound that is not toxic to the kidneys. It has been shown to be effective in controlling the replication of different Orthopox viruses. It is still under development.

Vaccinia virus vaccines, which were used for small pox, are also used as vaccination tools. However, the live virus is a cause for concern since complications may arise in some individuals with a compromised immune system. Inactivated vaccinia viruses are also used but are not as effective as some of the compounds mentioned above. It is recommended by the Center for Diseases and Control (CDC) in the United States to vaccinate a person in advance if it is known that they will be operating in a monkeypox-infection sensitive area. Following contact with an infected individual, it is recommended the vaccination be given within 4 to 14 days of exposure.

How to Prevent Monkeypox?

According to the World Health Organization (WHO), public health messages, proper hygiene, appropriate caution should be exercised based on the situation.

Public health messages should convey the information that one must wear protective gloves and other equipment when they come in contact with an infected animal or human. Individuals should always wash their hands thoroughly after touching infected animals or individuals. People should make sure that the meat is cooked thoroughly to avoid any contamination or infection.

In 2003, there was an outbreak of monkeypox virus in United States of America due to a shipment of an infected rodent from Africa. Hence, it is necessary to prevent the shipment of small rodents and other mammals from affected regions that may be carriers of the disease. Infected animals need to be quarantined. Any animal that comes in contact with the infected animal should also be quarantined for 30 days.

In healthcare environments, individuals should use proper protective gear before handling infected samples from the patient. It is suggested that a smallpox vaccination may shield the individual from monkeypox infection or he/she may have a very mild infection.

Latest Publications and Research on Monkeypox 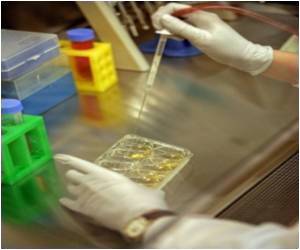