What is Minamata Disease?

Minamata disease is a condition that people in most parts of the world are not familiar with, but it is painfully real to those living in the city of Minamata, Japan. The city lends its name to the condition that was first identified here. Minamata disease is not really a disease in the strict sense of the word; it is a neurological syndrome that results from industrial pollution and environmental contamination. It means that poisoning with the pollutant has an effect on the central nervous system. The specific pollutant responsible for this condition is methyl-mercury.(1✔)

The disease was first identified in the city of Minamata in 1956. The condition began affecting residents and local wildlife, or cats to be more precise, and the problem continued to afflict more people through the following decade as nothing was done to control the contamination.

Minamata disease is caused through the absorption of methyl mercury into the body through various environmental sources, primarily through seafood. The level of mercury in the body is tested with hair samples and it is widely agreed that when these levels are higher than 50ppm (parts per million), there is likely to be nerve damage. While people living outside of the Minamata area had an average level of 4ppm, people living in Minamata had levels even as high as 700ppm!

While the underlying cause is mercury poisoning through environmental pollution and contamination, there are other causes too:

In the case of residents in Minamata Bay area, it was observed that methyl-mercury deposits are concentrated in neural tissues. This pattern also serves as an explanation for the effect of neurotoxicity, especially in new-born babies as fetal transfer of the toxin cannot be prevented.(2✔)

Symptoms and Signs of Minamata Disease

Mercury poisoning is most often diagnosed with a laboratory measuring mercury levels in a hair sample. This is obviously non-invasive and is a very straightforward procedure. If you live in an area where there have been cases of mercury poisoning or if there is a sudden rise in similar cases with symptoms resembling those of mercury poisoning, health care providers would most likely request testing.

Whether a person in Japan has Minamata disease is not just decided by your doctor but by the national government and local governors because of the legal requirements with regard to compensation and pollution-related health incidents. If the symptoms are hard to identify, especially in newer cases with mild symptoms, and health care providers suspect Minamata Disease, they can request electro-ophthalmography (EOG) and optokinetic nystagmus pattern (OKP) to obtain referential data.(3✔)

Treatment may vary depending on severity of the condition and the symptoms present. However, there are certain standard approaches that are followed: 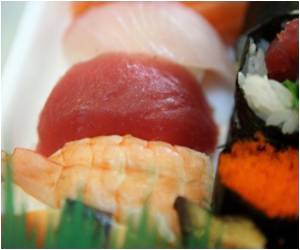 Caribbean-American Women at High Risk for Mercury Exposure - Study
Foreign-born immigrant women from the Caribbean are at an increased risk for elevated levels of mercury in the blood, say researchers.
READ MORE

Descendants of 1950s Mercury Poisoning Sufferers Might be Adversely Affected, Says Report
A survey carried out by an Australian university reveals that the descendants of those who suffered from a form of mercury poisoning diseas
READ MORE