Micropigmentation is a tattooing procedure that is often used in the fields of cosmetic and plastic surgery. It involves the introduction of a pigment with needles into the skin or the scalp, so that its color is changed.

Tattooing as most of us know, is an art or a fad that has been in use since ancient times, especially for cosmetic purposes. Today, the same procedure has found its way into medicine. It has been used for various skin and scalp conditions where the skin color has been lost for some reason. The skin gets its color from a pigment called melanin, which is produced by certain cells of the skin called melanocytes. Any condition that causes loss of melanocytes results in lightening of the skin in that part.

What are the Conditions where Micropigmentation can be Done?

Micropigmentation has been used for the following conditions:

Hair Thinning and Balding: Hair thinning and balding can occur due to various reasons like genetic disorders, chemotherapy, thyroid diseases etc. People with hair thinning often try to cover the bald patches with the remaining hair. However, this cannot always do the trick due to the contrasting colors between the scalp and the hair. Using micropigmentation, the color of the scalp can be darkened to match the hair color. This will make the hair appear fuller and the bald patches less obvious.

A complete scalp micropigmentation is done for people with complete baldness of the scalp. The procedure does not stimulate hair growth but creates an illusion that the person has short shaved hair. The person can even opt for a desired hairline. Scalp micropigmentation is particularly useful for people who do not want to wear a wig or go in for hair transplant. A similar procedure for the eyebrows could help patients whose eyebrows have been thinned out due to disease or chemotherapy.

Vitiligo: Vitiligo is a genetic condition where the skin gets white patches due to loss of melanin-producing cells of the skin. The white patches may not be very obvious on white skin, but they stand out on dark skin. Using micropigmentation, the patches are darkened with pigment so as to appear similar to that of the surrounding skin. The procedure is particularly useful for small patches on the lips and the fingertips.

Other Skin Conditions: Several other conditions can cause light patches. Contact leukoderma results in white patches following contact with certain chemicals. Scarring following trauma or surgical procedures results in damage to the skin cells and leaves lighter patches. Micropigmentation can be used to camouflage such patches, for example, scars of cleft lip and cleft palate, burn scars, or following cosmetic surgery like vermilion plasty, which is done on the lips. Micropigmentation can also be used as permanent makeup, for example, as a permanent lip liner to make the lips appear fuller, or as a permanent eyeliner to make the eyes appear prominent.

Following Breast Reconstruction: Breast cancer is sometimes treated by removal of the entire breast, which is replaced by an implant. Micropigmentation can be used to create an artificial nipple and areola over the skin of the breast, thereby giving the artificial breast a more realistic look.

Corneal Opacities: Scarring of the cornea of the eye can occur due to trauma. It results in an opaque patch, due to which the person cannot see. Corneal grafting can restore sight in these patients. However, if grafting is not possible for some reason, the color of the opacity can be changed using micropigmentation procedure. Micropigmentation does not improve vision, but only makes the eye cosmetically more acceptable.

How is the Micropigmentation Procedure done?

The micropigmentation procedure requires a pigment and an instrument with needles to push the pigment into the skin. Some of the pigments used include iron oxide, titanium dioxide, mercuric sulfate, and cadmium sulfate. The colors may have to be mixed in order to obtain the exact shade desired by the patient. Organic vegetable-based pigments are also used, and may be safer than those containing iron oxide.

Micropigmentation is done under aseptic conditions. The area for the procedure is cleaned with an antiseptic. A local anesthetic may be applied or injected to prevent pain during the procedure. With the help of an instrument which is either manual or electrically driven, the pigment is introduced into the skin between the upper and mid dermis.

What are the Pros and Cons of Micropigmentation?

Possible disadvantages of micropigmentation are:

Side effects may occur during or after the procedure. These include:

Latest Publications and Research on Micropigmentation 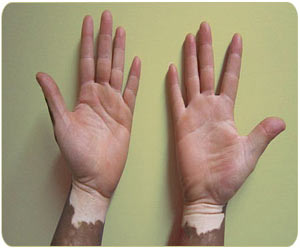 Scar Revision - Cosmetic Surgery - Surgical Procedure
Scar revision is a cosmetic surgery to reduce the intensity of scars and improve skin tone. One of the treatment methods is plastic surgery which helps in reduction of scars due to burns, injury or surgery.
READ MORE
Sign up for Wellness Consult a Doctor Sign up for Selfcare