Melioidosis is an infectious disease caused by a bacterium, Burkholderia pseudomallei. Melioidosis causes a wide range of manifestations in the body. 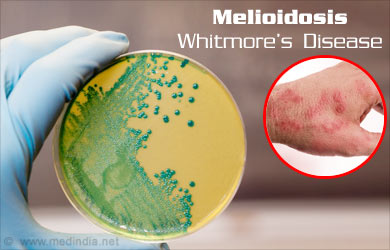 Melioidosis is an infectious disease. It is caused by direct contact with water and soil contaminated with Burkholderia pseudomallei. It is prevalent in Northern Australia and South East Asia, but outbreaks have also occurred in far off places like Brazil. Many cases of melioidosis have also been diagnosed in India.

The disease caused by this bacterium encompasses a wide range of manifestations in the body, which range from no symptoms or signs at all, to a fatal dissemination of the bacterium in the blood. Several factors modulate the type of disease one might get.

Causes and Risk Factors of Melioidosis

Melioidosis is caused by a bacterium called Burkholderia pseudomallei, which is found in soil and water. It can be transmitted by contact with contaminated soil and water.

The causative organism of melioidosis is a bacterium called Burkholderia pseudomallei. It was first described in 1911 in Burma by Alfred Whitmore and C.S.Krishnaswami.

Transmission of the bacterium can happen by several means: 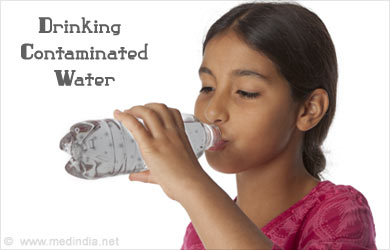 There are certain risk factors for the development of severe disease. These include the presence of conditions like:

Symptoms and Signs of Melioidosis

Melioidosis usually presents with fever, body pain, breathing difficulty, and may sometimes cause rapid deterioration in health and also death. 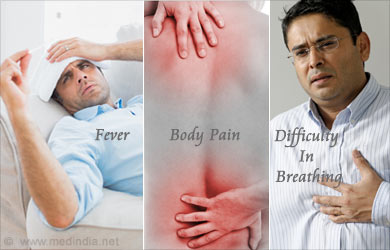 The signs and symptoms of melioidosis depend on the type of infection caused, but none are pathognomonic.

This is usually caused due to infection through a break in the skin (inoculation). It presents as:

Patients typically have fever, pain and swelling near the site of inoculation

Worldwide, this type of melioidosis is the most common. Again, the severity of disease can vary from mild symptoms of bronchitis to severe lung infection. Symptoms include:

Patients who are immunocompromised, or who are already sick and have other risk factors, are likely to develop bloodstream infection and septic shock. The symptoms and signs include:

Very severe disease may also result in death. Mortality due to melioidosis is high even in developed countries.

Disseminated infection presents with abscesses in various parts of the body, which may or may not be associated with sepsis. The organs commonly affected are:

Signs and symptoms of disseminated infection depend on the organ involved. Patients with liver abscesses may have upper abdominal pain and jaundice. Spleen involvement may present as prolonged fever with undetermined cause and vague symptoms. Brain involvement is rare, and melioidosis may cause meningitis and its associated signs and symptoms.

The diagnosis of melioidosis is based on culture and immunological tests. Imaging tests may also be needed. 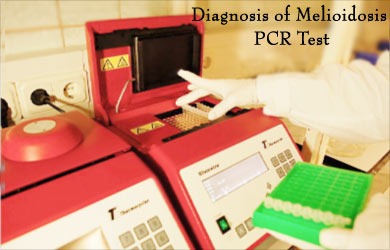 The treatment of melioidosis is based on the use of specific antibiotics in two phases.

Treatment of melioidosis is standardized according to guidelines and involves specific antibiotics, used in two phases of treatment. On occasions, specialists may use other antibiotics based on culture results and their clinical judgment. 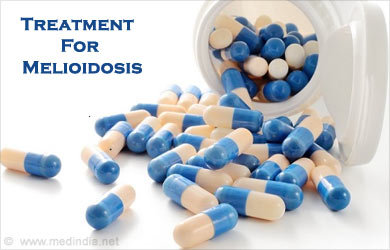 The standard treatment for melioidosis includes

Intensive phase, in which regimens containing some of the following drugs may be used:

Eradication phase, which may include some of the following drugs:

The eradication phase is carried on for 3-6 months.

Latest Publications and Research on Melioidosis