The clinical features of McArdle disease varies between individuals, even between affected relatives. The time of onset of typical disease symptoms also varies.

Exercise intolerance with is a common symptom of McArdle disease. Symptoms are triggered by two types of activity:

Moderate exercise, such as walking on level ground, for long periods is possible in most patients. The degree of exercise intolerance varies between patients.

Burgundy-colored urine following exercise is reported by about half the patients. Urine may be described as looking like cola, marsala or red wine. Exercise results in (the rapid disintegration of skeletal muscle tissue). This leads to the excretion of a product called myoglobin through urine (myoglobinuria). Vigorous exercise can cause intense myoglobinuria and may result in kidney failure.

A second-wind phenomenon is unique to McArdle disease. This is described as a sudden, marked improvement in the tolerance to aerobic, dynamic, large muscle mass exercise (walking or cycling) after about 10 min. The excessive fatigue, breathlessness and tachycardia that were triggered by the start of exertion disappear. 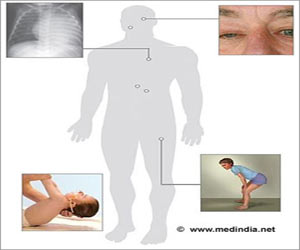 Pompe Disease
Pompe disease or Glycogen Storage Disease is a rare genetic disease caused by the buildup of a sugar called glycogen in the body's cells. It is caused by the deficiency or absence of the enzyme alpha-glucosidase.
READ MORE
Sign up for Wellness Consult a Doctor Sign up for Selfcare