Leishmaniasis refers to the spectrum of infectious disease produced by species of the Leishmania parasite. Also known as Kala-azar (pronounced kâlâ âzâr in Hindi and means for black fever, kâlâ meaning black and âzâr meaning fever or disease).

The parasites spread by the bite of infected sandflies (phlebotomine sandflies). This parasitic disease is rampant in parts of the tropics, subtropics, and southern Europe. Leishmaniasis is described as a poverty-related disease by the WHO. Leishmaniasis occurs in different forms in people. The most common ones are:

WHO states that leishmaniasis occurs in four continents. It is considered to be endemic in 88 countries and this includes 72 developing countries:

A large number of cases of visceral leishmaniasis are reported from Bihar. The north-eastern India harbours leishmaniasis.

History of the Disease

Leishmaniasis besides being called Kala-zar by Indian physisicans has also been called "valley sickness", "Andean sickness", or "white leprosy" by the Spanish and finds mention in the 15th - 16th century texts from the Inca period. Many have been credited to its discovery and its first description, some credit it to Surgeon Major Cunningham of the British Indian army in 1885, however it was Peter Borovsky (Russian military surgeon working in Tashkent) who first described and published about it in a Russian Medical Journal in 1898 and mentioned the protozoa. This publication went unnoticed and it was in 1901 in Dum Dum area of Calcutta, India that a British doctor Leishman identified the protozoa after taking smears from the spleen of a patient who died due to "dum-dum fever." Soon after this Captain Charles Donovan in Madras confirmed Leishmans findings and Leishman-Donovan bodies seen under the microscope became the diagnostic criteria for the diagnosis of the disease. During second world war this disease became a major problem in Sicily for the troops and further research helped discover the medicine Pentostam to help with treatment of the disease. So far no preventive measures such as vaccines are available.

Latest Publications and Research on Leishmaniasis

Kala azar is highly suspected to be prevalent in NAGALAND, INDIA in both forms; Cutaneous and Visceral; Lack of Diagnostic Kits and knowledge of those Doctors at Kohima and Dimapur where most patients come for treatment is a problem.Most of them are ignorant of Kala azar. The State NVBDCP needs to gear up its resources for case detection. Few cases are suspected to be having Cutaneous Leishmaniasis,Few or one was recently confirmed of VL other forms cannot be ruled out. Kala azar is the 5th/6th most fatal parasitic disease.Experienced Doctors need be posted at State run major hospitals under HFW with a purpose to identify,diagnose and treat these fatal vector borne disease.They can be trained later in the process in ADVANCED Degree or DIPLOMA courses and also in TROPICAL medicine particularly Doctors with Public Health background like; DPH,DMCW these are time tested courses relevent in the present context, they are newly regulated as well- i.e. advantage, Nagaland.One thing is for sure there is KALA AZAR cases in Nagaland. 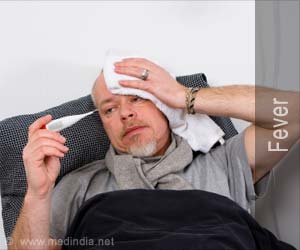 How to Take Temperature
Body temperature which is the internal temperature of a living organism.
READ MORE
Sign up for Wellness Consult a Doctor Sign up for Selfcare