Why Do We Need Iron?

Red blood cells contain a protein called hemoglobin, whose function is to transport oxygen to all parts of the body. Iron is a critical component of hemoglobin. Normally, the total amount of iron in our body is around 3-4g. About 75% of this iron is associated with hemoglobin and another muscle protein called myoglobin. The remaining 25% is stored in our body in various tissues to be released for contingencies.(1✔ ✔Trusted Source
Hemoglobin and Functions of Iron

Whenever the supply of iron for the normal synthesis of hemoglobin falls, symptoms of iron deficiency anemia develop.

The normal hemoglobin value ranges from 12 to 17 grams and is slightly higher in males as compared to females. The normal reference values in the Western countries and the corresponding Indian reference ranges are as follows:

If the value of hemoglobin falls below the reference range, then the person is said to suffer from anemia.

How Much Iron Does a Woman Need?

The dietary requirements (recommended dietary allowance or RDA) of iron are higher in women than men. This requirement is further increased during pregnancy and lactation. It is important that this additional requirement is provided by iron supplements. The RDA of iron supplements for various groups is as follows:(2✔ ✔Trusted Source
Iron

What are the Causes and Symptoms of Iron Deficiency Anemia?

In general, iron deficiency anemia is more common in women because of monthly menstrual blood loss and blood loss during childbirth. 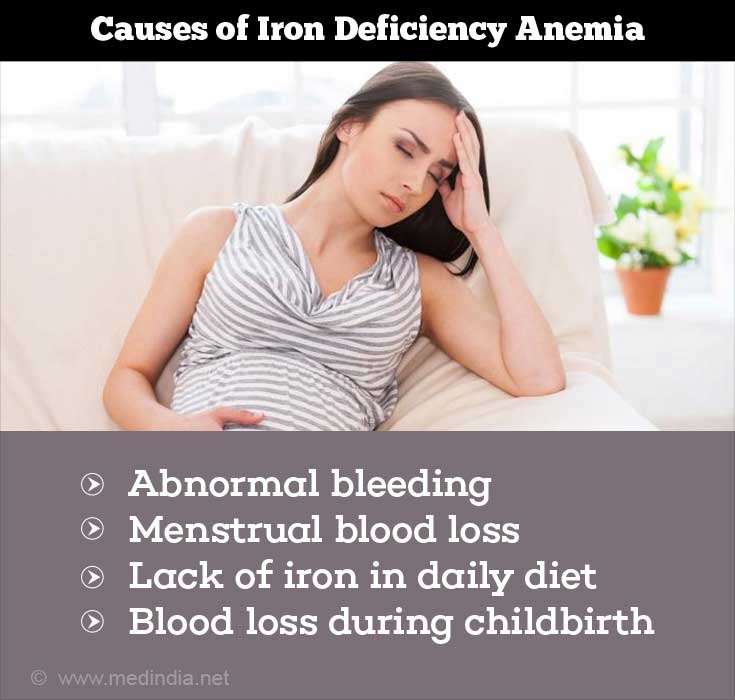 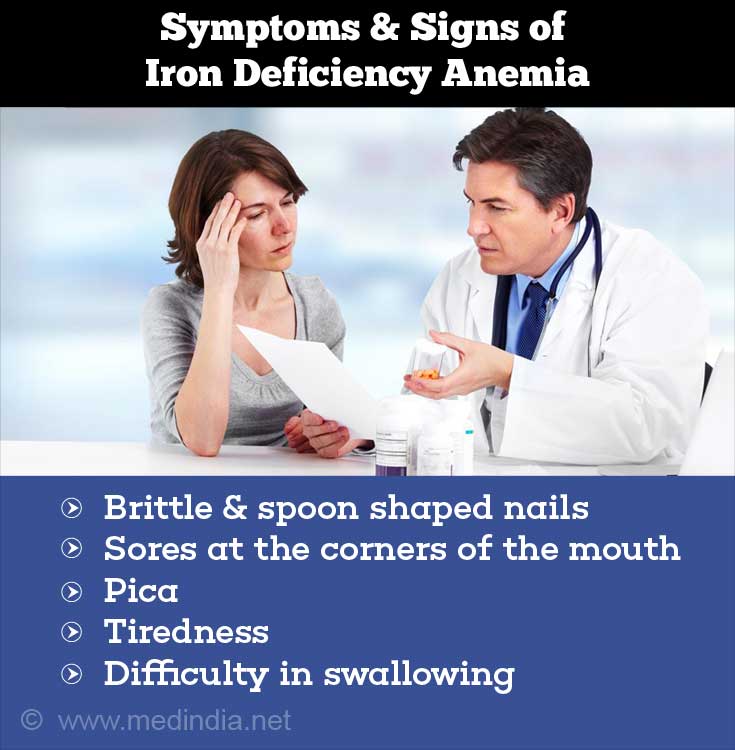 What are Iron Supplements?

It is important to investigate thoroughly and determine the cause of iron deficiency and treat that condition too. Common examples include:

In general easily dissociable ferrous salts are preferred since they are low-cost, have high iron content and are well absorbed compared to ferric salts.

The amount of elemental iron is more important than the quantity of iron per dose unit.

Sustained release preparations are expensive and not effective. In general, liquid iron preparations are less effective and may stain the teeth. If taken, they should be placed at the back of the tongue and swallowed.

Absorption is best on empty stomach, but side-effects may occur. Thus, a larger dose may be taken with meals or a smaller dose in between meals.

Unless the deficiency is severe, the preferred route of drug administration is oral. In severe cases, when a rapid rise in hemoglobin levels is desired, iron may be administered parenterally, by intramuscular or intravenous route.

This route is also preferred in cases where the patient is unable to tolerate oral iron preparations due to side effects or malabsorption states limit absorption of iron in the gastrointestinal tract (GIT).(5✔ ✔Trusted Source
Individualized Treatment for Iron Deficiency Anemia in Adults

What are the Benefits of Iron Supplements?

What are the Side-effects of Iron Supplements?

These are common even with therapeutic doses and include:

As mentioned above, the side effects may be minimized by taking the medication with meals. 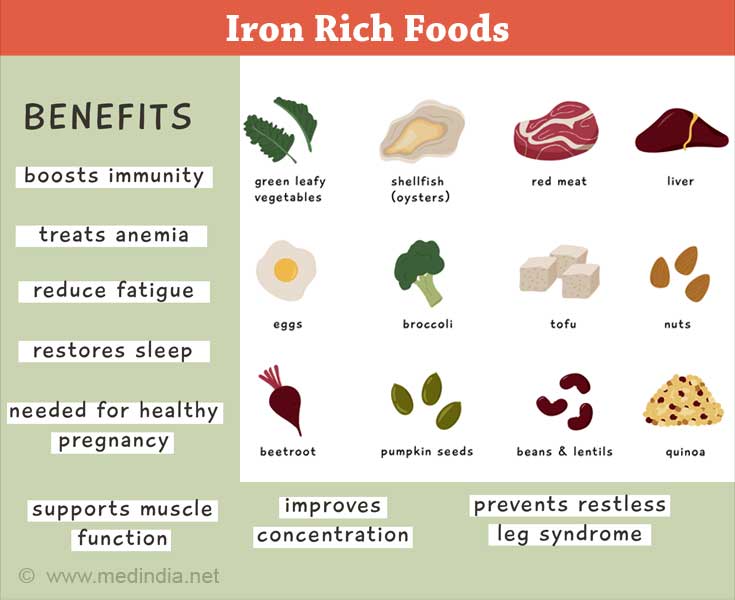 Latest Publications and Research on Iron Supplements for Women

Top Iron-Rich Foods Concerned about iron deficiency? Read on for a quick list of the best iron-rich foods.

Anemia in Pregnancy Anemia is the commonest blood disorder that may occur in pregnancy and is usually due to low iron or folate reserves of the body and this is reflected as anemia.

Iron Supplements Good for Boosting Health of Low Birth Weight Babies Developmental problems is a reality for babies born at below average weight but this risk can be lowered by beginning iron supplements early enough, a study showed.

Iron Deficiency Anemia Anemia is caused due to deficiency of iron, which makes you feel tired with shortness of breath. Know the causes, symptoms, diagnosis and treatment of anemia.

Foods that Improve Anemia Iron deficiency anemia can be easily prevented and improved by including foods such as eggs, meat, shell fish, green leafy vegetables, and even peanut butter in our daily diet.

Diet for Anemia in Pregnancy A modified diet rich in Folate, Vitamin B12 and Iron is essential for the rapid rise in hemoglobin level.

Quiz on Anemia Anemia is one of the most common problems faced by individuals all over the world. Severe anemia can cause extreme fatigue. This quiz will help you check if your knowledge on anemia is up-to-date. ...