Intestinal cystitis / Painful bladder syndrome is an umbrella term inclusive of cases with urinary pain that is not caused by urinary infection or bladder stones. There are no exclusive symptoms hence clinical diagnosis can be quite challenging.

Interstitial cystitis (IC) or painful bladder syndrome (PBS) is a condition characterized by chronic, or recurring, pain in the pelvic region and by frequency or urgency in urination.

IC/PBS is an umbrella term inclusive of cases with urinary pain that is not caused by urinary infection or bladder stones.

The International Continence Society (ICS) in 2002 called Interstitial Cystitis (IC) as Painful Bladder Syndrome (PBS) and by 2006 the term was better accepted. However the disease is still popularly called as IC. Usually the disease should be diagnosed in individuals above 18 years although there is no scientific basis on why IC cannot be present in children.

There was a time when doctors did not believe that the disease existed and the patient had to constantly keep hopping from one doctor to another to find relief.

The term interstitial cystitis, or IC, is used alone if the cases described met the IC criteria set up by the National Institute of Diabetes and Digestive and Kidney Diseases (NIDDK).

The term interstitial cystitis was first introduced in a monograph by Skene in 1878. At first the urologist looked for "elusive ulcers" on the bladder wall when they distended it for inspection using a cystoscope. This ulcer was called the Hunner's Ulcer and this was  the Classic type of IC.

However many patient who had no ulcer had symptoms of IC and they were considered psychiatric cases till 1978. In 1978, the non-ulcer type of IC was described.  It is only recently, due, in large part, to the Interstitial Cystitis Association (ICA), a patient advocacy group, that the public and the medical community have been re-educated about the disease. It is now known that the majority of patients with IC have the non-ulcer type.

The symptoms of IC vary between individuals, from mild discomfort to intense pain, with some patients also feeling tenderness or pressure in the pelvic area. Common symptoms include urgency in urination, frequency in urination or a combination of both these symptoms.

There are no symptoms exclusive to IC/PBS, hence clinical diagnosis can be quite challenging.

The variation in IC/PBS symptoms, and their severity, prompts one to think that IC is not one condition, but a combination of diseases.

The cause(s) of IC is little understood and research is being carried out to better understand the condition. However, despite two decades of research in this field there is little headway as far as understanding the causes and the treatment of IC/PBS is concerned.

Epithelial dysfunction is observed in IC/PBS patients. Here the bladder urothelium (outer layer) fails in its function thereby allowing increased abnormal permeability of solutes(such as potassium) found in the urine. This causes inflammatory response in the underlying sub mucosal layer. Solutes may also depolarize the sensory nerves of the region, causing localized pain.

Mast cells activation is also implicated in IC/PBS. This initiates the release of histamines, which in turn releases substance P (pain neurotransmitter) and induces the proliferation of pain sensing, demyelinated C-fibers. These C-fibers are seen in large amounts in the late phase of IC/PBS and this accounts for the bladder hypersensitivity in these patients.

The symptoms of IC/PBS closely resemble those of tuberculosis of the genitourinary system, and hence earlier treatments were directed towards that end. But the patients do not respond to TB treatment. Today there is a considerable increase in the awareness about the disease.

Advances in causes, diagnosis and treatment generates hope for a better mode of treatment for the patients.

There is no evidence which suggests that IC/PBS is associated with greater risk of developing bladder cancer. It does not affect fertility and, in pregnant women, does not affect the growth of the fetus.

IC/PBS is far more common in women, in comparison to men. According to a recent estimate,

1 million of the 1.3 million IC/PBS sufferers in America are women. In India the man to woman ratio is 1:2.

Tips to Live With an Overactive Bladder (OAB)
Have you stopped socializing because of a leaky bladder ?Here are some tips that will put you back on the party trail!
READ MORE 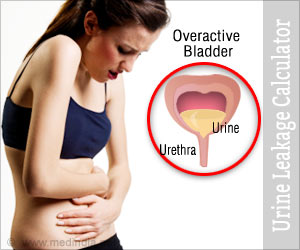 Urinary Incontinence Calculator
Do you have a problem with urinary leakage? Don't suffer in silence seek help but first find out the severity of the leak by using this calculator.
READ MORE 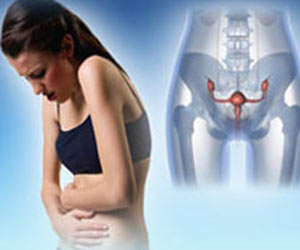 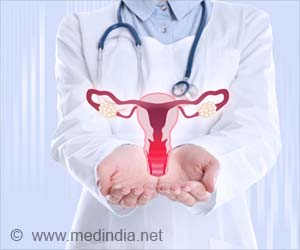 Vulvodynia
Vulvodynia is chronic pain near the vaginal opening that can affect women of any age group.
READ MORE