symptoms similar to drug addiction. It has been particularly studied in Asian countries like China and South Korea.

The internet has no doubt become an important part of our lives. With information available right from our stationary desktops to mobile laptops, tablets and phones, the internet helps to keep pace with the fast world. The social networking sites have added a new dimension to our lives, with people finding that they suddenly have a lot of friends.

With the internet as your closest companion for most of the time, is it possible that you could get addicted to it? Well, some psychiatrists believe that this is possible and have named the condition as Internet Addiction Disorder or Problematic Internet Use. In fact, they compare to other substances like tobacco, and . They also recommend that it should be included in the Diagnostic and Statistical Manual of Mental Disorders, Fifth Edition, (DSM-V) as a psychiatric disorder.

What is Internet Addiction Disorder? The term was first coined by a psychiatrist named Ivan Goldberg. A person suffering from this condition shows the following features:

Internet addiction is of 3 types:

Internet addiction has been particularly recognized as a problem in the Asian countries of South Korea and China. South Korea has seen 10 deaths in internet cafes due to heart and other problems, as well as a game-related murder. A report from China claims that at least one out of every six Chinese internet users is addicted on the internet to some extent. Internet addiction could particularly be a problem in adolescents and younger people, who are less self-regulative and more susceptible to media influences.

Whether internet addiction is a psychiatric disorder or not is still a matter of debate. Patients suffering from the so-called internet addiction often suffer from other psychiatric conditions in addition like attention-deficit hyperactivity disorder, depression, anxiety, low self-esteem, impulsivity, shyness and suicidal tendencies. Thus, the addiction to the internet may be a part of these conditions and not a separate entity by itself. Psychiatrics should be alert while treating young patients with conditions like depression and should enquire about internet addiction. The data collected by different studies show a large variation in terms of the type of people at risk for developing this addiction. For example, most studies found internet addiction more common in males, but some did find a female preponderance or no gender difference. Thus, more research is required in this field. 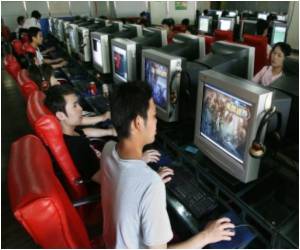 Depression and Social Phobia Fuel Teen Internet Addiction
Teenagers who have psychiatric symptoms such as attention-deficit/hyperactivity disorder (ADHD), social phobia, hostility and depression could be more prone to develop an Internet
READ MORE

Internet Addiction may Acquire Status of 'Clinical Disorder'
Internet addiction is turning into a clinical disorder, with more and more people visiting hospitals to curb the time they spend on the web, says a leading psychiatrist.
READ MORE 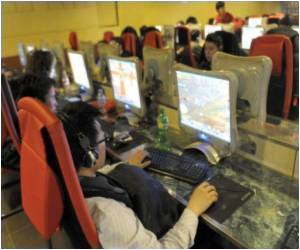 Internet Addiction can Cause Damage to Brain : Study
Internet addiction disorder may be characterized by abnormal white matter structure in the brain, reveals report published in PLoS ONE.
READ MORE 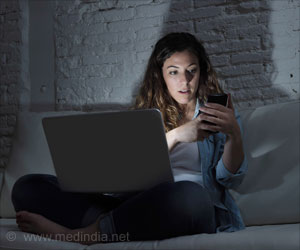