1. Which specialist should I see if I am infertile?


2. When is the woman most fertile?

The first day of the period is Day 1. Around Day 14 the ovary produces an egg. That egg is viable for about 24 hours; this is the most fertile time. However, not all women ovulate on "Day 14". Some women ovulate a little earlier and some later. Some do not ovulate at all. Remember, menstruation period can come even without ovulation. The ability to ovulate can vary from month to month.

3. What is In Vitro Fertilization (IVF)?

Originally developed to help women with irreparable damage to their fallopian tubes, IVF (In Vitro Fertilization) is now used for many other disorders including endometriosis and low or poor sperm quality. The technique involves removing several eggs from the ovary, fertilizing them in the laboratory with sperm from the male partner, and transferring the resulting embryos to the womb for implantation and pregnancy.
Published on Sep 26, 2014
Last Updated on Mar 20, 2018

I have had surgury 2 years ago due to having adhesions. I was told that i have a lot of tissue damage to my uterus and that one of my fallopian tubes doesn't have the finger-like things to sweep eggs into the utertus. Is there anything I can do to help my problem.

Sir/Mam, I got marriage before eight years and i have been consived five time and every time got miscarrage, my ruballa was positive for past time now every thing is all right do you think i could consive again or not please help me in this regard, my email id khanzubaida@rediffmail.com

Rubella is not a cause of recurrent miscarriage. Antiphospholipid antibodies and paretal [husband and wife] karyotype need to be checked.

What a dilemma, misfortune for the people of Pakistan due to lack of modern technology in Pakistan. But whatever is the reason I suffered. And right from the roots of my sufferings there arises a thought for poor and deprived folks - to be able to build and establish an infertility modern centre with all latest technologies and modern techniques as far as the treatment of infertility is concerned..bcoz I am childless even after six years of marriage even after having treatment in Pakistan. Though I have consulted with the fertility centers of the first world and their response are quiet reassuring and hopeful but the question I ask myself is that why should not I be treated successfully in Pakistan. So I have decided to build an infertility center in Pakistan and I have few idea to face the problems in the accomplishment of this dream. Can u pls suggest me some ideas on how I can do this or what help can I seek from Medindia in this regard... Sheikh suleman javied, Sialkot,Pakistan.

Dear Sir,We are based in Pakistan and are successfully operating IVF centres in Karachi, Lahore, Hyderabad and DG Khan. If you require any help in regards to IVF centre and or treatments, please do not hesitate to contact us.

My husband and i have been trying to get pregnant for 2 years. I have one child from a previous marriage and he has 2 from his former marriage. Will fibroids prevent me from getting pregnant?

Fibroids are found in 1 in 5 women of reproductive age and are not very likely to prevent you getting pregnant unless these are very close to the uterine cornu blocking them.

i was wordering if it is at all posible for a man that has never had a sparm count to after 15 years suddenly have a count? as me and my partner have been trying for a year now and his pervious gilfriend and him were trying for 14 years to no avail. he has noticed a change in coulor and qontitey is this at all posible? yours senserliy tammy

Very unusual but not unlikely. Possible following life-style changes. Was he a heavy smoker before? 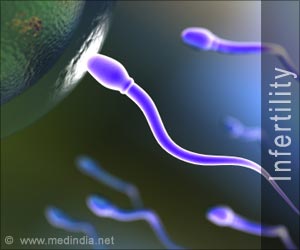