What is Implantable Cardioverter Defibrillator (ICD)?

The electrical activity of the heart keeps the heart beating constantly at a regular rhythm. A disturbance in this rhythm is called an arrhythmia.

In patients with arrhythmias arising from the lower heart chambers, the heart cannot pump the blood adequately, which makes the patient pass out or even die if not intervened immediately. In such patients, the procedure used to stun the heart to get it back to a normal rhythm is called defibrillation.

An implantable device which tracks the heart rhythm delivers electrical impulses and shocks the heart when it skips out of the rhythm is called an Implantable Cardioverter Defibrillator.

Defibrillation can also be carried out with an external device, an Automatic External Defibrillator (AED), which helps to deliver the shock in case of Sudden Cardiac Arrest. But in patients with risk of the sudden cardiac death, the implantable defibrillators are required.

The ICD has a pulse generator and wires/leads. The pulse generator which has a battery and a small computer is placed in a small box underneath the skin in the chest. It also has wires called leads that have electrodes at the tips and are passed to the heart through a vein.

What are the Indications of Implantable Cardioverter Defibrillator (ICD)?

Sudden Cardiac Arrest (SCA): The implantation of an ICD is essential in patients with the history or the risk of the Sudden Cardiac Arrest. But in patients with SCA with reversible causes of arrest like electrolyte disturbance or myocardial ischemia (decreased blood to the heart muscle), ICD is not essential if the associated rhythm disturbances are corrected with the treatment for the particular condition.

Severe Heart Failure: In patients with severe heart failure, Cardiac Resynchronization Therapy (CRT) is essential. CRT involves implanting a biventricular pacemaker which helps to synchronize the function of the two ventricles in these patients. CRT used along with a defibrillator is referred to as CRT-D.

The procedure is usually performed under sedation and aseptic precautions. The nurse puts the intravenous line prior to the procedure. An electrocardiogram is connected and also the large electrode pads are placed on the chest and the upper back. The area on the chest below the collar bone is cleaned and draped. Local anesthesia is given in this area and then an incision is made. A tube called the sheath is inserted into a blood vessel. One or more leads are inserted through the sheath into the blood vessel and advanced till the heart. The leads are checked to make sure they are properly inserted. The sheath is then removed. Then ICD generator is placed in a pocket under the skin and attached to the leads. Your doctor will run few tests to ensure that the ICD is functioning properly. Then the skin is sutured and dressed.

Certain devices interfere with the ICD and can impair its function. Microwaves at home, electric generators, welding machines, metal detector in airports, electrocautery (used to stop bleeding during surgery), shock wave lithotripsy (used for crushing kidney stones) and Magnetic Resonance Imaging test may interfere with the ICD function. So you may have to avoid them or maintain a particular disturbance. Inform the concerned people about the ICD and show them a Medical ID card which states about your ICD to prevent exposure. Cell phones are safe but avoid carrying them in the shirt pocket. Tell your doctor about the ICD before any test, procedure or when you are in doubt.

Implantable Cardioverter Defibrillator is the effective way to prevent sudden cardiac death in the risk group. It is the safe procedure with minimal complications. Patients with ICD should be conscious about electronic devices which interfere with the ICD function. The patients should notify their health care provider regarding the presence of an ICD before any procedure or test.

Sudden Death in Children
Sudden death in children occurs within one hour of the symptom onset and it is mostly due to the underlying cardiovascular pathology.
READ MORE 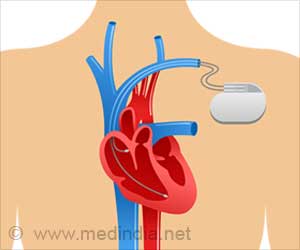