Triglycerides are a form of the fat that are obtained from the diet as well as synthesized by the liver.

Triglycerides are a form of the fat that are derived from vegetable and animal sources. The body also converts unused calories obtained from carbohydrates and proteins into triglycerides. These triglycerides are either used as an energy source or stored as fat in fat cells.

Triglycerides combine with particles called lipoproteins, which contain proteins and cholesterol. They form bad cholesterol, especially very-low-density lipoprotein (VLDL) and intermediate-density lipoprotein (IDL), which could give rise to heart disease. Hence, it is necessary to keep triglycerides levels within normal limits. The liver also converts unused calories from carbohydrates and proteins into triglycerides. Thus, it is necessary to keep the overall diet under control and limit the total calorie intake if you suffer from high triglyceride levels.

When the body requires energy from fatty acids, the hormone glucagon signals the breakdown of triglycerides. This releases free fatty acids, which can be utilized by the body.

High triglyceride levels, referred to as hypertriglyceridemia, often do not cause any symptoms until the levels reach 1000 to 2000 mg/dL. Hypertriglyceridemia could increase the risk of developing conditions like pancreatitis. It also increases the risk of heart disease in patients who also have high cholesterol levels.

The above values may vary slightly with different laboratories.

Causes and Risk factors of Hypertriglyceridemia

Hypertriglyceridemia has been associated with the following conditions 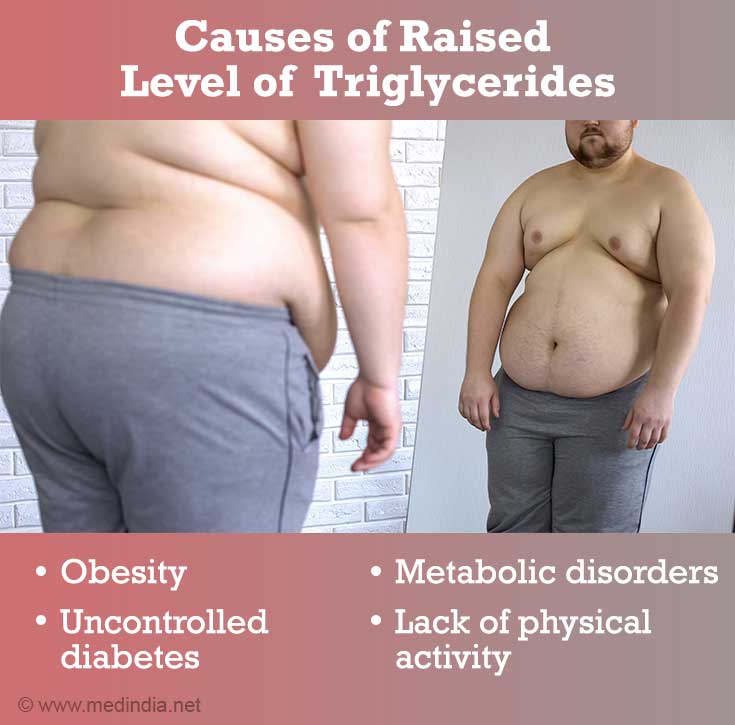 Common Symptoms and Signs of Hypertriglyceridemia

Some suggestions to reduce triglyceride levels in the blood are- 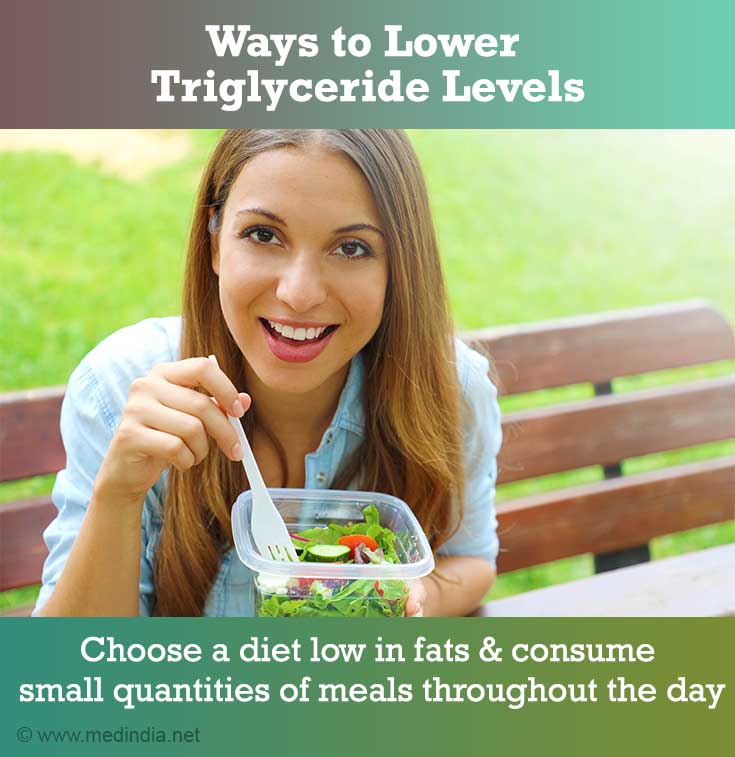 Latest Publications and Research on Hypertriglyceridemia

Pancreatitis Pancreatitis or inflammation of the pancreas may show up as acute pancreatitis or chronic pain. Alcohol consumption is the main offender. Treatment requires hospitalization and at times surgery.