How is Gallbladder Surgery done?

How is Gallbladder Surgery done?

The surgical removal of gallbladder is called cholecystectomy. It is done for certain symptomatic cases of gallstones or cases of structural or functional abnormalities of the gallbladder. 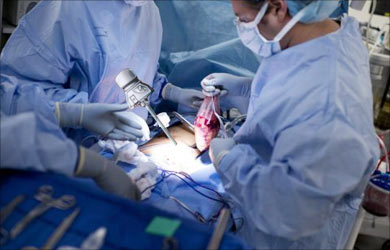 Before the surgery, the patient may have to undergo tests to confirm the gallbladder pathology. For example, ultrasound may be used to diagnose gallstones. Other tests like blood tests, x-rays, and ECG are also usually done.

As with other surgeries, certain medications that could interfere with clotting of blood post-surgery like aspirin and warfarin should be stopped prior to the surgery. A low fat diet several weeks before the surgery is advised.

Laparoscopic cholecystectomy is also known as keyhole surgery and is done with an instrument called the laparoscope. A laparoscope is a lighted scope which is attached to a video camera and is inserted through a small incision in the abdomen. The abdomen is inflated with air or carbon dioxide so that the surgeon can get a clear view. The video monitor guides the surgeon during the operative procedure.

Situations where a laparoscopic cholecystectomy should be avoided include the presence of lung infection or disease, obesity, bleeding problems, pancreatitis, severe liver problems, third trimester of pregnancy or if the patient has undergone past surgeries of the abdomen.

Sometimes, laparoscopic surgery is not possible due to associated medical problems; an open cholecystectomy is recommended in such situations. A laparoscopic procedure may also be converted to an open procedure if the surgeon encounters some problems during the surgery.

In open cholecystectomy, the surgeon makes one large (5- to 7- inch) incision in the upper right part of the abdomen just below the ribcage. The bile duct and the blood vessels attached to the gall bladder are then cut. The surgeon removes the gall bladder by gently lifting it and separating it from the other organs.

After the surgery, since the gall bladder has been removed, bile flows directly from the liver through the common bile duct to the small intestine. Hence, the removal of gall bladder usually does not have a significant effect on digestion. 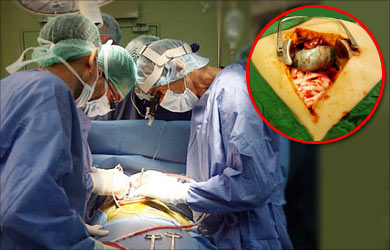 Both laparoscopic and open cholecystectomy are done under general anesthesia.

A special X-ray known as cholangiogramis performed before gallbladder surgery. This X-ray procedure makes use of a dye to study the anatomy of the bile ducts and detect any pathology like gallstones.

<< About
Complications or Side Effects of Gallbladder Surgery >>

Gallstones The gallbladder is a small pear-shaped organ that stores and concentrates bile Gallstones are crystalline stones that form inside the gall bladder or bile duct.

Gallbladder Cancer Gallbladder cancer is a cancer that starts in the walls of the gallbladder. It is a rare form of tumor.

Quiz on Gallstones Gallstones are formed in the gall bladder and may result in complications, especially if they obstruct the channels that carry bile. Test your knowledge about this common condition. ...