How Can SARS be Treated?

People who are suspected to be infected with SARS should be kept isolated in the hospital preferably in negative pressure rooms. Treatment of SARS so far has been supportive therapy with the use antipyretics, supplemental oxygen and ventilation support as needed.

Current treatment options for SARS may include -

Patients are usually treated with a combination of and drugs such as ribavirin. Ribavirin was not found to be effective against the corona virus in laboratory tests. However, when patients were treated with ribavirin, many responded favorably. Though antibacterial drugs are not effective, they are given as a precaution against bacterial pneumonia that may set in due to the weakened immune system. Sometimes corticosteroids are given to reduce the inflammation of lungs. However, in some patients, corticosteroids might add to suppressed immunity and make way for other opportunistic infections. Although these combinations of drugs are used as a protection against the disease, there is no evidence to back these treatments.

Use of Alternative Medicines -

In countries such as China, Hong Kong, and Singapore, traditional Chinese herbal medicine (TCM) is used for treating various infections. However, the efficacy of such medication is not yet proved in treating SARS. Similarly, homeopathy offers solutions for the treatment of the disease but, here again, the results are not conclusive.

Looking to Biotech for Treatment Options -

Biotech companies are also taking the opportunity to come up with a possible cure and planning to develop an antiviral drug. According to researchers, it is not the virus that kills people, but their own exuberant immune response that triggers the symptoms. This can be treated using the group of drugs called as sartans; this group is currently used to treat hypertension. These drugs are used to selectively tone down the host immune response.

Scientists are also looking at the option of using protease inhibitors that might have an action against the replication process of the virus by blocking specific enzyme actions.

Though scientists and researchers have established the complete genetic code of the corona virus, it will be a while before they come up with a suitable treatment option. Currently, the supportive care given to the patient is proving to be an important factor in patient recuperation. However, the combined efforts in of the various biotech companies and other research institutes will hopefully shed light on this dreaded disease that has taken a toll on humanity.

What happens when you Breathe? Learn about Respiratory System and process of respiration

Respiratory diseases affect any part of the respiratory system. Some of the lung diseases like chronic obstructive pulmonary disease can lead to respiratory failure.

An Indian-origin researcher at Purdue University has developed a compound that can prevent the replication of the virus causing Severe Acute Respiratory Syndrome (SARS).

Scientists studying the genome of the virus causing SARS have found new evidence that the virus infecting humans originated in bats.

It's been five years since Chi Kwai Tse died of SARS, the killer respiratory disease in Canada. 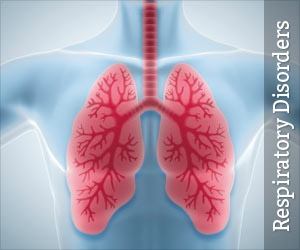