Head injury or traumatic brain injury (TBI) occurs due to sudden trauma to the head or brain, resulting in brain damage. It is the leading cause for disability among children and young adults. Although traumatic head injury can affect people of all ages, young adults between the age of 15 and 24 years and those above 75 years face an increased risk of head injury. 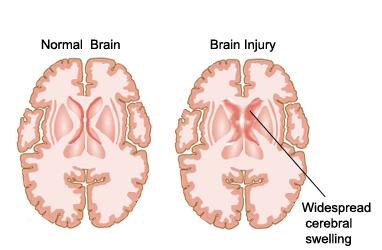 The Brain Injury Association of America adopted the following definition of TBI in the year 1986 - 'Traumatic brain injury is an insult to the brain, not of a degenerative or congenital nature but caused by an external physical force, that may produce a diminished or altered state of consciousness, which results in an impairment of cognitive abilities or physical functioning. It can also result in the disturbance of behavioral or emotional functioning. These impairments may be either temporary or permanent and cause partial or total functional disability or psychosocial maladjustment'.

"Phineas Gage, a 25 year old, railway construction man was a quiet, well mannered, enthusiastic young man in pursuit of his dreams, until it all happened in 1848. The worker was busy packing an explosive powder into a packing rod (tamping iron), when a spark resulted in explosion, propelling the pointed rod (3-foo long) through his head. Just within a few seconds, the rod had penetrated his brain through the skull to exit the same by his temple. Dr. John Harlow who treated the victim for 73 days felt that he had very little chances of survival. To the surprise of the treating physicians, he survived the accident. However, became an obstinate, obscene, self-absorbed man following the accident. He continued to suffer from similar behavioral and personality problems until his death in 1861. "

This incident took place at a time when very little was known about the brain and it's function. Today, with our improved understanding of the brain anatomy and physiology, we are much more equipped to deal with traumatic brain injury. Yet a considerable number of people continue to lose their lives and survivors are left to suffer from devastating consequences. 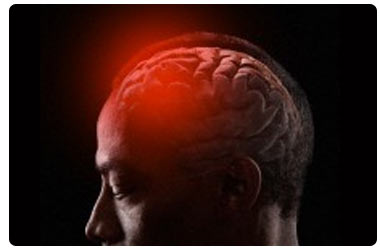 Every year, approximately 1.4 million people experience a head injury, out of which about 50, 000 individuals die. More than 230, 000 people, admitted each year in the hospital for TBI, survive the disaster and are left to cope up with different aspects of physical and mental stability. The following figure represents the magnitude of the public health problem only in the United States. The depth of the global burden then? We leave it to your imagination.

Mild or moderate head injury or Concussion that have led to hospitalizations are more likely to initiate headaches in individuals or even worsen their pre-existing or persistent headaches, compared to general population, finds a new study.

3. Can Brain Heal Itself After Head Injury?

What role does immune system have in recovery after the patient has had a concussion or head injury? It seems that brain's protective lining gets a little help from the immune system to fix the damage caused by head injury.

4. Mildest Of Concussions can Now be Detected by a Simple Blood Test

By checking the blood for plasma metabolic biomarkers, the scientists can classify acute mild traumatic brain injury from other head injuries more accurately. Small molecules might be clinically relevant biomarkers of mTBI. Six specific small molecules from blood plasma were discovered in a group of college athletes who had been diagnosed with concussions.

Trauma Care
Accident and trauma care is an important public health challenge that requires immediate attention. Injury (trauma) is the leading cause of death for all age groups under the age of 44.

Stuttering
Stuttering, stammering or disfluency is a speech disorder that can hamper communication and affect a person's quality of life. Its impact can be treated effectively by stuttering therapy.

Top 10 Amazing Brain Facts
The brain is the most amazing and complex organ in this universe and has billions of nerve cells called as neurons. Medindia brings to you the top 10 amazing brain facts.

Whiplash
Whiplash is a common term used to describe a type of injury affecting the soft tissues of the neck.

World Cup 2014 Football Injuries
World Cup Football 2014 has seen its share of injuries that are part and parcel of any sport, more so, a game like football. Know some details of the common injuries seen during a football game.

Language Areas in The Brain
The mechanism of how human brain processes the language to express and comprehend the verbal, written, gestures and symbols is still a mystery.

Test Your Knowledge on Head Injury
Traumatic brain injury occurs after a severe blow on the head and causes brain damage. Immediate attention must be given. A neurologist knows what to do after head injury and how to treat a head ...

Test your Knowledge on Concussion
Concussion is a type of traumatic brain injury that often affects athletes taking part in high-risk contact sports like football and boxing. It can sometimes result in a premature end to the sporting career of budding athletes. Clear some of your ...

Test your Knowledge on Brain Injury
Injury to the head or brain can have a short-term as well as long-term effects. Trauma to the brain is common in young adults, as well as in the elderly due to falls. Besides trauma, other conditions like reduced oxygen supply to the brain or the ...
Sign up for Wellness Consult a Doctor Sign up for Selfcare
Advertisement
Health Topics A - Z
A B C D E F G H I J K L M N O P Q R S T U V W X Y Z