Grains are the seeds or fruits of cereal grasses. And consists of an inner core called Germ and an outer layer called barn.

Germ: The unprocessed kernels are made up of several layers surrounding a core. Within the core is the "germ," which contains Unsaturated fat Protein Iron Niacin (Vitamin) Thiamin (Vitamin) Riboflavin (Vitamin)

Bran: The germ is surrounded by the endosperm, a layer of starch embedded in a protein matrix. A layer of bran, made up mainly of indigestible fiber but also containing iron, thiamin, niacin, riboflavin, and some protein, surrounds these inner parts. Finally, an outermost inedible layer, the hull, protects the entire seed.

Cereal: The word "cereal" is derived from the name of the Roman grain or harvest goddess, Ceres. Naturally occurring grains includes:

Cereal products made from grain include breakfast foods, rice, flours, and pastas.

Although primitive humans may have gnawed on the whole berries, today we grind or mill grains to improve their cooking time, satisfy taste preferences, and improve shelf life.

The process of milling involves a subdivision of the grain.

Wheat can be milled into coarse cracked wheat, fine granular wheat, or whole wheat or white flour Hominy, the endosperm of the corn kernel, can be cracked for grits or ground into cornmeal. Rice bran is removed to yield white or "polished" rice and barley bran is removed to make pearl barley. When the bran and germ are removed in processing as in refined white flour or white rice, the nutrients they contain are lost. Enriched cereals have had iron, thiamin, niacin, and riboflavin-the main nutrients lost during processing-added back in after the milling process. Sometimes calcium and vitamin D are also added.

High in carbohydrates and low in fat, grains are the ideal food to fuel your muscles. When you're getting 55% to 60% of your energy from carbohydrates, the glycogen in your muscles stays at peak supply- and you'll stay well-fueled for high-energy sports.

Celiac disease is labeled as a digestive disorder associated with malabsorption as well as an abnormal immune reaction to gluten.

Macrobiotics is an Oriental theory that lays down guidelines for promoting wellbeing and longevity through systematic diet consisting mainly of whole grains and beans.

With better and safe non caloric sweeteners coming in the market day by day, it has now become possible for people to consume any sweet food /beverage without a compromise on ...

Ragi as a whole grain is higher in protein and minerals than all the cereals and millets. Read more on the nutritive value and health benefits of ragi.

Are you gluten intolerant? Stay away from gluten allergy and celiac disease by shifting to gluten-free diet plan that is healthy yet not boring. 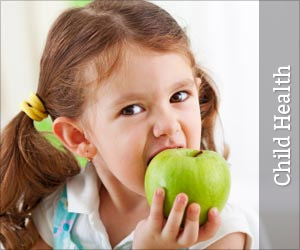