1. Which specialist should I consult if I have Gout?

You should consult an Urologist or a General Physician.

It cannot be completely cured. But it can be prevented by administering medication which can prevent further damage.

If you eat a lot of foods that are rich in purines, you may get gout. Some of these foods are salmon, sardines, liver and herring. You may get gout if youre overweight, drink alcohol or have high cholesterol. Men have gout more often than women do. Women are more likely to have gout after menopause. Some medicines may cause gout, such as certain diuretics (water pills), niacin (a B-complex vitamin), aspirin (taken in low doses), and some drugs used to treat cancer.


4. During an acute gout attack what should I do and what drugs should I be taking?

Change your diet plan. Avoid the intake of red meats, shellfish, beer, red wine and salt. First, pain relievers such as acetaminophen/Tylenol or other more potent analgesics are used to manage pain.

5. What are the side effects of NSAID group of drugs?

Common side effects of NSAIDS include irritation of the gastrointestinal system, ulceration of the stomach and intestines, and even intestinal bleeding. Patients who have a history of allergy to aspirin or nasal polyps should avoid NSAIDS because of the risk of an intense allergic (anaphylactic) reaction.

6. What are the precautions to be taken with NSAID group of drugs?

In the past two years I've had over a dozen onsets of this; in the last four months though, it has become more "ongoing" with currently counting 3 episodes and currently experiencing pain. My doctors in the past said nothing more than tendinitis and I know that's not what it is. Recently though, with the pain I'm having I decided to google the information. All the symptoms seem to be relevant to symptoms written.
The only difference; my pain goes straight up my leg (on the inner part kind of like running up my main artery). I can't bend my knee because the pain on the underside is horrible. I can't stand because the top of my foot is so swollen, red and "water logged" that I end up just sitting with my foot up for a good 5-10 days. Please tell me what questions I should ask my doctors. 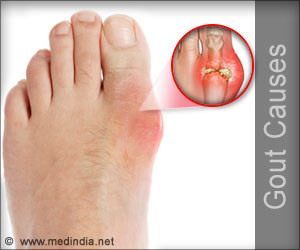 Quiz on Gout
Does your big toe tend to swell up and pain often? It is possible that you may be suffering from gout. Test your knowledge and learn more about gout by taking this quiz. ...
READ MORE 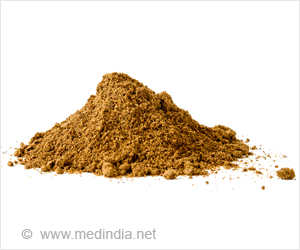 Top 10 Uses Of Trikatu For Good Health
Trikatu is a classic Ayurvedic powder used to treat diseases and is a mixture of equal parts of long pepper, black pepper and dry ginger.
READ MORE